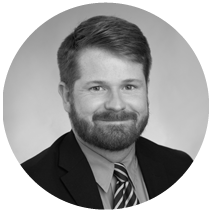 Gabe Roberts is a lawyer at Scott Wagner and Associates. Prior to joining Scott Wagner, Gabe represented the State of Florida as a prosecutor in Jacksonville, Florida. Gabe received his bachelor’s and master’s degrees from the University of Florida in 2016 and graduated cum laude from the University of Florida Levin College of Law in 2019. While in law school, Gabe was selected for a Dean’s Leadership Award and served as a coordinator for the Introduction to Law School and the Profession program. He received book awards for the highest grades in Evidence, Trial Practice, and Poverty Law. Gabe was an Executive Articles Editor and the Symposium Editor for the Florida Journal of Law & Public Policy. During his law school summers, Gabe worked as an intern with the Southern Poverty Law Center in its criminal justice reform practice group and with the Office of the United States Trustee for the Northern District of California.

Skip footer and go back to main navigation