Am I Protected Against Pregnancy Discrimination Under Florida Law? 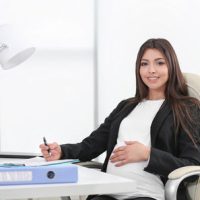 Based on that court ruling, the FCRA was amended to prohibit pregnancy-based discrimination at work.

Understanding the Ruling in Delva v. The Continental Group, Inc.

The court clarified that Title VII of the Civil Rights Act of 1964 was amended in 1978 to include the Pregnancy Discrimination Act (PDA), which expressly prohibited pregnancy discrimination in the workplace. However, until the ruling in the Delva case, no such express prohibition existed under Florida law. The FCRA was amended, and it now reads that it is unlawful to discrimination on the basis of pregnancy.

Pregnancy Discrimination is Illegal in Florida

What does the amendment to the FCRA, which now includes pregnancy discrimination, actually prohibit? The FCRA employment discrimination prohibitions include but are not limited to the following:

Federal Protections Against Discrimination on the Basis of Pregnancy

The FCRA is modeled on the Civil Rights Act of 1964, which we mentioned includes the PDA. The PDA makes clear that any of the following types of discrimination constitute prohibited sex discrimination under federal law:

The EEOC makes clear that, under the PDA, an employer cannot discriminate on the basis of pregnancy in any aspect of employment, and an employer cannot refuse to hire a woman because she or pregnant or because of the employer’s (or its employees’) prejudices concerning pregnancy.

If you applied for a job and were denied employment because you are pregnant, or if your employer discriminate against you due to your pregnancy, you may be able to file a claim. A Florida employment discrimination attorney can answer your questions today.