What Can I Do if My Employer Decides to Keep an Employee Who is Discriminating Against Me? 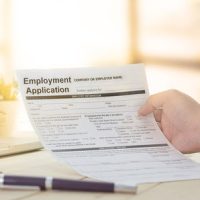 It may be that you’ve complained about someone at work who is discriminating/harassing or retaliating against you at your Florida workplace, yet nothing has been done – that person is still employed. Or, maybe the employer decided to hire someone that they knew or should have known had a background of harassing behavior or tendencies to be discriminatory or has engaged in these behaviors in the past. In these situations at your Florida workplace, you may have a potential negligent supervision or negligent retention case.

State and Federal law prohibit employers from engaging in employment discrimination. When your employer hires another employee who is causing harm to you through his or her discriminatory practices or keeps someone employed despite knowledge that they are a harasser/discriminator, you may be able to hold your employer liable.

Elements of a Negligent Hiring Claim in Florida

Under Malicki v. Doe (2002), the plaintiff must prove the following elements in order to be successful in a negligent hiring claim:

In that case, the Florida Supreme Court stated: “The core predicate for imposing liability is one of reasonable foreseeability . . . .  With regard to the claim for negligent hiring, the inquiry is focused on whether the specific danger that ultimately manifested itself . . . reasonably could have been foreseen at the time of hiring.” In other words, you’re looking to see whether the harasser’s actions could have been foreseen by the employer because of things about them that have happened in the past or because of their background.

Part of the elements of the negligent hiring claim we mentioned above speak to a Florida law (Florida Statutes Section 768.096), which states that there is an “employer presumption against negligent hiring.” In brief, if an employer is facing a claim of negligent hiring, the statute says that the employer is presumed to have acted properly as long as the employer “conducted a background investigation of the prospective employee and the investigation did not reveal any information that reasonably demonstrated the unsuitability of the prospective employee for the particular work to be performed or for the employment in general.”