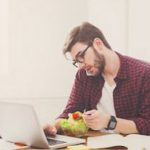 My Employer Makes Me Work Through Lunch Breaks or Automatically Deducts Lunch Breaks from My Paycheck: Is This Legal? (Unpaid Wages Under Florida Law)

In addition to the safety issues related to employees texting while driving, employers could also face potential legal problems. The Occupational Safety and Health Act of 1970 (OSH Act) requires employers to provide a workplace free of serious recognized hazards. According to OSHA (as part of their Distracted Driving Initiative), “Employers who require their… Read More »

When is Work Travel Time Compensated?

Jobs can entail a fair amount of employee travel time- only some of which is considered “work time”. The portion of travel time that may be compensable is regulated by the Fair Labor Standards Act (FLSA) in nine federal regulations, 29 C.F.R. §§ 785.33 – 784.41. Read on to learn what qualifies and what doesn’t…. Read More »

Is a Year-End Bonus Discretionary? What Happens If I Don’t Get Paid?

In today’s business environment, cash is not enough to recruit and retain quality employees. Providing an attractive employee benefits plan is also critical. The Society for Human Resource Management’s annual Employee Benefits Survey released in June found that employers are redirecting more of their spending toward wellness expenses such as health coaches, smoking cessation… Read More »

What You Need to Know About Federal Minimum Wage

While today’s society seems fast-paced and dynamic, at least one thing has remained constant- minimum wage. It has been five years since the federal minimum wage was raised. On July 24, 2009, as the result of the last in a series of increased passed by a Democratic-controlled Congress, the wage floor was raised from… Read More »

What was the Working Families Summit? On June 23, 2014, the White House Council on Women and Girls, the Department of Labor (DOL), and the Center for American Progress (CAP) hosted The White House Summit on Working Families to focus on strengthening the nation’s workplaces to better support working families, boost businesses’ bottom lines,… Read More »