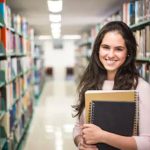 For quite awhile now, graduate student teaching assistants across the country have argued that they should be considered employees, and not students, for the purposes of being covered by the National Labor Relations Act (NLRA). Indeed, for years, graduate students have attempted to organize, and have argued that they should be entitled to collective… Read More »

When Can You Use Your Workplace Email?

While some employees may be harboring an assumption of privacy at work, it is important to recognize that this is not always the case. Here’s one way to think about it: during the workday, the employer owns your time. Anything you do, your employer has the right to look at and understand what is… Read More »

Unions are formed with the goal of protecting employees. What happens, however, when you believe your union isn’t protecting your rights by failing to support or move your grievance forward? Unions have certain obligations under the law. Learn more about what those are and if there is any recourse for their members. What is… Read More »

Is Your Arbitration Clause Enforceable?

Arbitration clauses in a contract require parties to resolve differences through an arbitration process- binding them to a resolution outside the courts. While the Federal Arbitration Act (FAA) has historically protected arbitration clauses, recent actions by the NLRB and EEOC have suggested that they are taking a more serious look at the legality of… Read More »

Political Freedom in the Workplace

Politics is a touchy subject, particularly at work. While you may be impassioned about certain issues and candidates, voicing those opinions may not always be legal in the workplace. How much political freedom do you have when you’re on the job? Read on to learn more. EMPLOYEES While people cling to the idea of… Read More »

The overwhelming popularity of Facebook has meant that what was once “social” media has now spilled over into the professional world and now has legal implications related to employers and employees. Keeping abreast of rulings in this realm is critical for employers to ensure their practices are in line with case law. NLRB Protects… Read More »

The Supreme Court’s recent decision in NLRB vs. Noel Canning declared President Obama’s “recess” appointments to the National Labor Relations Board unconstitutional, thus calling into question hundreds of rulings resolving workplace disputes decided by the illegal appointees. What was the case? Noel Canning, a bottling company that distributes Pepsi products in Yakima, Wash., was… Read More »

What is the NLRA and How Does it Protect Employees?