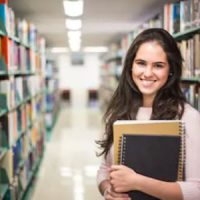 For quite awhile now, graduate student teaching assistants across the country have argued that they should be considered employees, and not students, for the purposes of being covered by the National Labor Relations Act (NLRA). Indeed, for years, graduate students have attempted to organize, and have argued that they should be entitled to collective bargaining rights – things that are protected under the NLRA for employees.

Recently, the NLRB answered this question by issuing a 3-1 decision in which it held that “student assistants working at private colleges and universities are statutory employees covered by the National Labor Relations Act.” As such, as determined by the NLRB, graduate student assistants can be both students and employees for the purposes of certain employee rights.

This decision from the NLRB reversed its 2004 decision from Brown University, 342 NLRB 483, in which it determined that “the imposition of collective bargaining on graduate students would improperly intrude into the educational process and would be inconsistent with the purposes and policies of the Act.” It went on to declare that “there is a significant risk, and indeed a strong likelihood, that the collective-bargaining process will be detrimental to the educational process.” As such, the NLRB declared that “graduate student assistants are not employees within the meaning of Section 2(3) of the Act.” The Act discussed is the NLRA, mentioned above.

However, the recent decision entirely reversed that 2004 decision, underscoring that it has “deprived an entire category of workers of the protections of the Act without a convincing justification.” In other words, the NLRB that issued that most recent decision intimated that the possibility of collective bargaining intruding on graduate students’ educational processes was not a convincing justification for denying graduate student assistants collective bargaining rights.

In reaching its decision, the NLRB cited a recent study from 2013 suggesting that unionization did not have a negative effect on student outcomes at public institutions, for example.

Why would graduate students at private colleges and universities want to be considered employees under the NLRA in order to have collective bargaining rights? In brief, collective bargaining allows employees to negotiate terms of employment through their unions. Through their unions, employees can negotiate their pay rates, various work policies, healthcare and other types of benefits, and many other terms of their employment.

Generally speaking, employees who are unionized and negotiate through their unions tend to have more bargaining, or negotiating power when it comes to obtaining certain pay rates, benefits, and other terms of employment. As such, graduate student assistants at private colleges and universities could benefit substantially from the right to collective bargaining when it comes to the amount they are paid, both in salary and other benefits, for their work.

If you have questions about collective bargaining rights or rights under the NLRA, a labor lawyer in West Palm Beach can assist you. Contact Scott Law Team to discuss your situation.

By Scott Law Team | Posted on July 21, 2021
« EEOC Files Religious Discrimination Lawsuit Against South Florida Hotel
Is My Employer Required To Accommodate Me For My Scheduled Chemotherapy Treatment? »