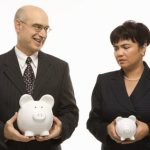 In the wake of the success of California and Massachusset’s new, state equal pay acts, Florida legislatures have the opportunity to make a mark in history with SB 410. SB 410, seeks to ban employers from paying workers differently based on sex or gender identity. While there is already federal law making unequal pay… Read More »

On July 14, the U.S. Equal Employment Opportunity Commission (EEOC) issued Enforcement Guidance on Pregnancy Discrimination and Related Issues along with a question and answer document about the guidance and a Fact Sheet for Small Businesses. This marks the first comprehensive update on the subject of discrimination against pregnant workers since the 1983 publication… Read More »

Lilly Ledbetter Equal Pay Act – Where Are We Now?

Five years ago, President Obama signed into law the Lilly Ledbetter Fair Pay Act, making it the first bill the new president signed. The Act was written to address the unequal salaries given to women and men for equal work. “It restored worker protections against pay discrimination, [and allowed] individuals who face pay discrimination… Read More »