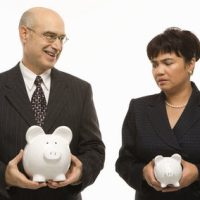 In the wake of the success of California and Massachusset’s new, state equal pay acts, Florida legislatures have the opportunity to make a mark in history with SB 410. SB 410, seeks to ban employers from paying workers differently based on sex or gender identity. While there is already federal law making unequal pay illegal under the Equal Pay Act and a weaker Florida state law prohibiting pay disparity on the basis of gender, SB 410, like other state counterparts, provides stronger protections, If the bill passes, how will it impact workers in Florida? And will the bill result in a higher number of employment discrimination claims throughout the state?

Learning More About SB 410 in Florida

According to the American Association of University Women (AAUW) of Florida, over a lifetime of work (47 years), the total estimated loss of earnings of women compared with men is $700,000 for a high school graduate, $1.2 million for a college graduate and $2 million for a professional school graduate.

SB 410 is a bill in the Florida Senate with a partner bill, HB 319, in the House of Representatives. In the Senate, the bill is sponsored by Linda Stewart, a Democrat from Orlando. In the House, the bill is sponsored by Lori Berman, a Democrat from Lantana. When the bill was introduced in the House in January 2017, House Democratic Leader Janet Cruz discussed the proposed legislation as the Helen Gordon Davis Fair Pay Act, and emphasized that its goal was to close the gender pay gap in Florida.

As Cruz articulated, “It is unconscionable that in America today women continue to be paid less for the same amount of work as men.” She went on to not how “our nation was founded on the ideal that all of us are created equal and that ought to hold in all facets of our lives . . . . Paying people fairly for the work they do shouldn’t depend on their gender, but rather on the quality of their work.”

Right now, we await for these to be put on the agenda for a hearing. To encourage consideration, proponents of the bill have been staging rallies across Florida to increase support for the Helen Gordon Davis Fair Pay Act. To show support, contact your state lawmakers to support the bills.