Close Menu
+
Connect with us
Florida Labor & Employment Lawyer > Blog > Discrimination > What Happens During the EEOC and FCHR Investigation Process After I File a Charge of Discrimination against my Florida Employer?

What Happens During the EEOC and FCHR Investigation Process After I File a Charge of Discrimination against my Florida Employer? 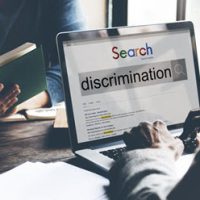 So, you realized you may have an employment discrimination claim. If you’re at the point where you’ve gotten your ducks in a row and filed a Charge of Discrimination with the U.S. Equal Employment Opportunity Commission (EEOC) and/or Florida Commission on Human Relations (FCHR), you may then be wondering, what happens next?

At first glance, navigating these matters can be daunting and confusing. However, the processes are actually much more streamlined than you might expect. To help you understand the processes for both federal and state employment discrimination claims, we will go through steps for each. Initially, we note that Florida is a “dual filing” state, meaning that if you file a Charge of Discrimination with the EEOC, it is considered to also have been filed with the FCHR. It is important to ensure that you are aware of the deadlines to file your Charge. While Florida may allow for dual filing, the EEOC requires that your charge is filed within 300 days of the discrimination or adverse action, whereas the FCHR requires it is filed within 365 days. As such, if you are beyond a 300 day statute of limitations, you may consider filing directly with the FCHR, so as to avoid any issues with whether your Charge is timely filed. Failure to timely file your Charge can result in you losing your right to bring that claim forever. In other words, if you do not file your Charge within the required deadlines, you may lose the abilities to ever file a lawsuit or get further relief for your issues of discrimination, harassment, or retaliation. We do recommend that you notarize your charge when filing with either Agency. For questions about how to file a Charge, when to file a Charge, or what should be included, contact an experienced employment law attorney or reach out to the EEOC or FCHR for additional information.

Process for an EEOC Charge of Discrimination

After you file your Charge, the processing of the Charge and investigation will be assigned to an equal employment agency, such as the FCHR, the EEOC, or even your local county Office of Equal Opportunity (like the Palm Beach OEO).

The EEOC is the U.S. federal agency responsible for processing and handling Charges of Discrimination. If the EEOC takes assignment of your case, the process you can expect to see from the EEOC is best illustrated in the EEOC’s informative flow chart . Generally speaking, one of three things will happen when you first file your claim and the EEOC handles:

A Charge may be dismissed without further investigation for many different reasons, but some of the most common reasons include that the Charge is not timely (ie the Charge was filed beyond the 300 day statute of limitations) or the employer is not covered by the jurisdiction of the EEOC (ie if the employer has less than 15 employees). Mediation is only an option if both sides agree to mediate. The benefit of the EEOC mediation process is that it is free and gives the parties a chance to come together with the assistance of a neutral, third party mediator from the EEOC to see if the parties can resolve the matter through informal negotiations. However, if the charge is sent for further investigation, one of the following steps will occur:

In the event the investigator determines that a violation of the law has occurred, the investigator may elect to make a “conciliation attempt” or engage in “Conciliation” between the parties (settlement negotiations). If Conciliation is successful, then an agreement is reached and the charge will be closed. However, if the conciliation fails, then the EEOC either will file a lawsuit based on the charge or will close the charge and issue a Notice of Right to Sue to the plaintiff.

In the event you receive a Right to Sue, it is imperative you take immediate action, or you may forever lose the abilities to move forward with those claims. Typically, you have 90 days from the date of receiving the Right to Sue to file a lawsuit. If you received a Right to Sue and are unsure or your rights or seeking representation, it is important you immediately seek consult from an experienced employment law attorney.

The process for the FCHR’s handling of a Charge is also illustrated in an informative flow chart from the agency.  The process includes three major steps in a claims process:

If you have questions about the claim process, an employment discrimination attorney in Florida can help.