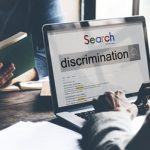 What Happens During the EEOC and FCHR Investigation Process After I File a Charge of Discrimination against my Florida Employer?

So, you realized you may have an employment discrimination claim. If you’re at the point where you’ve gotten your ducks in a row and filed a Charge of Discrimination with the U.S. Equal Employment Opportunity Commission (EEOC) and/or Florida Commission on Human Relations (FCHR), you may then be wondering, what happens next? At first… Read More »