Close Menu
+
Connect with us
Florida Labor & Employment Lawyer > Blog > Employment Law > A Whole Year of Paternity/Maternity Leave: How Companies are Leading the Curve and How Your Company Can Do It

A Whole Year of Paternity/Maternity Leave: How Companies are Leading the Curve and How Your Company Can Do It 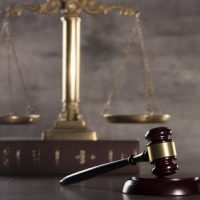 The United States may be known around the world for providing progressive rights to its citizens, but there is one area where the U.S. unquestionably falls behind others: family leave. For instance, the U.S. is the only developed nation that does not require employers to offer paid leave for new parents. According to a 2016 survey published by the Organisation for Economic Co-operation and Development (OECD), Bulgaria is the most generous nation when it comes to such policies, offering new mothers an average of 58.6 weeks of paid maternity leave.

Overall, Bulgaria and the other member nations in the European Union offer an average of 21.8 weeks of paid maternity leave, with 65.6 weeks of “total paid leave available to new mothers.” Again, this stands in sharp contrast to the United States, where at least at the national level the total amount of guaranteed paid weeks of leave is zero.

As a small consolation, the U.S. does have the federal Family and Medical Leave Act, which is federal law and provide up to 12 weeks of unpaid leave to care for a new child (among other benefits and subject to certain qualifications). And individual states are free to adopt their own paid leave laws and have provided more progressive laws. However, only four states currently require paid maternity leave, according to TechRepublic. And these states typically only provide a few weeks of leave at best.

Is the Gates Foundation a Model for Florida Employers?

Of course, there is nothing stopping individual employers from offering paid maternity and family leave on their own. For example, an April 2018 article published by Fast Company detailed how the Bill and Melinda Gates Foundation, a private foundation based in Seattle, implemented a 52-week paid time off program for new parents. Gates Foundation human resources executive Steven Rice told Fast Company that 222 of the Foundation’s 1,546 employees have taken advantage of this program, which effectively allows a mother or father to spend up to one year with a newly born or adopted child.

Rice said employees who have participated in the paid time off program “returned to work more “committed, highly productive, and aligned to the Foundation” and its objectives. He also offered some advice for how other organizations and companies could adopt similar paid leave policies:

Obviously, adopting a substantial paid maternity/paternity/family leave policy is not a small undertaking. But if your Florida business is thinking about offering such leave–or expanding an existing in-house program–you should speak with an experienced Florida employment law attorney about the potential benefits and pitfalls of paid family leave.

By Scott Law Team | Posted on May 28, 2019
« Florida’s “Bring Your Guns To Work Law”: Can Employees Have Their Guns at Their Florida Workplace?
If You Don’t Have Anything Nice to Say… Considerations for Employers Discussing Reasons for Employee’s Separation »