Can Restaurants Make Minimum-Wage Servers Pay for Their Own Uniforms? Here Is What Federal and Florida State Laws Say 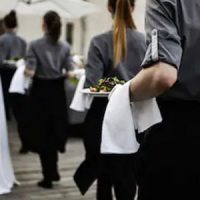 Many Florida employers require their employees to wear uniforms. In some cases, the employer may even require the employee to purchase their own uniforms. But under federal and state labor laws, the employer cannot require such purchases when it would either reduce an employee’s wages below the applicable statutory wage or cut into any required overtime pay.

But what constitutes a “uniform” under labor law? The U.S. Department of Labor’s own guidelines state there are “no hard-and-fast rules in determining whether certain types of dress are considered uniforms.” If the employer simply directs employees to wear a “general type of ordinary basic street clothing,” that is not a uniform. But if the employer requires a more specific type and style of clothing, then it can be considered a uniform.

An ongoing lawsuit in Fort Myers, Florida, illustrates the difficulties employers face when trying to make sense of the government’s uniform regulations. The defendant in this case, Dix v. RCSH Operations, LLC, operates a chain of steakhouses. The plaintiffs are two servers who worked for the defendant. They alleged as a condition of their employment, they were required to “purchase a uniform consisting of formal pressed white dress shirts, black formal slacks, a tie, a black belt, black socks, and non-slip shoes.” They were also required to purchase certain basic tools to do their jobs.

The plaintiffs alleged they were not reimbursed for these mandatory purchases. And, as is common with restaurant waitstaff, the defendant paid the plaintiffs less than the minimum wage, relying on tip credits to bring their compensation up to the minimum wage level. Accordingly, the plaintiffs alleged the defendant’s failure to reimburse them for uniform expenses and tools violated the federal Fair Labor Standards Act (FLSA) and Florida’s Minimum Wage Act (FMWA).

The defendant moved to dismiss the lawsuit. On August 28, 2020, U.S. District Judge John E. Steele denied that motion, allowing the case to proceed to discovery. Steele concluded it would be inappropriate to end the litigation at this time, as there was a genuine factual dispute over whether “the clothes the servers were required to purchase constitute a ‘uniform’” under the FLSA and FMWA.

Wagner also denied the defense’s motion to dismiss another FLSA allegation related to the defendant’s use of tip credits to comply with the minimum wage. The plaintiffs claimed they were employed in a “dual job.” This refers to a situation where an employee performs two distinct functions for the employer, one of which is tipped and the other is not. For example, a restaurant server (a tipped job) who also assists with kitchen prep (a non-tipped job) works a dual job.

Department of Labor regulations state an employer may not take a tip credit for any hours worked in a non-tipped job. Prior to 2018, the Department interpreted the regulation to mean that an employee was in a dual job if they spent more than 20%of their working hours on non-tipped duties. But in 2018, Steele explained, the Department “abandoned the 20%interpretation via various agency documents.” The regulation itself remains the same, however, and Steele said the plaintiffs could proceed with their claim that they worked dual jobs because they spent more than 20%of their time performing non-tipped duties.

Florida employers, particularly those that rely on tipped workers, need to be especially vigilant in understanding and complying with all applicable minimum wage regulations. If you have any questions about how the law works–or are an employee with questions about your wages–you should contact an experienced Florida employment law attorney right away.