Close Menu
+
Connect with us
Florida Labor & Employment Lawyer > Blog > Discrimination > “Don’t Complain or We Might Get Sued!” Why Florida Employers Need to Avoid Discouraging Employees from Voicing Concerns About Workplace Discrimination

“Don’t Complain or We Might Get Sued!” Why Florida Employers Need to Avoid Discouraging Employees from Voicing Concerns About Workplace Discrimination 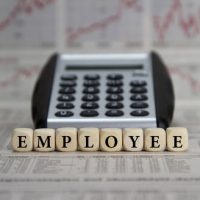 Florida employers need to exercise care when dealing with employees who have alleged illegal discrimination in the workplace. Even if the allegations of discrimination prove to be unfounded, you cannot punish the employee who initially made the complaint. Such acts of “retaliation” are also illegal. Of course, you can still discipline or fire an employee for non-retaliatory or non-discriminatory reasons. But you cannot use the disciplinary process to “send a message” to other employees that complaints regarding potentially illegal conduct will not be tolerated.

The U.S. 11th Circuit Court of Appeals, which has federal appellate jurisdiction over Florida, recently clarified the proper legal standard governing retaliation claims. The specific case before the court, Monaghan v. Worldpay US, Inc., addressed an ongoing race and age discrimination lawsuit from Georgia. The plaintiff was hired to work as an executive assistant for the defendant employer. After a 90-day probationary period, the defendant terminated the plaintiff’s employment.

The plaintiff subsequently filed a Title VII retaliation claim against the defendant. A trial judge in Georgia dismissed the complaint, finding the plaintiff failed to allege that the retaliation she experienced “was sufficiently pervasive to alter the conditions of her employment. ” But as the 11th Circuit explained, the lower court applied an outdated legal standard. Following a 2006 U.S. Supreme Court decision, a person alleging illegal retaliation need only show the alleged acts “well might have dissuade[d] a reasonable worker from making or supporting a charge of discrimination.”

Under the correct standard, the 11th Circuit said the plaintiff’s lawsuit could proceed. In particular, the supervisor’s alleged statements threatening termination–not to mention physical harm–could lead a jury to conclude that a “reasonable” person would fear retaliation if they continued to complain about discrimination in the workplace. Indeed, the appeals court noted the plaintiff had produced additional evidence demonstrating her firing was in direct retaliation for her prior complaints about the supervisor.

Does Your Company Know How to Properly Handle Discrimination Complaints?

One of the worst traps that you can fall into as a Florida employer is to discourage employees from bringing discrimination complaints because you fear the subject of the complaint will sue you. As this case illustrates, going after the employee who complains can also lead to a lawsuit. This is why it is important to have policies and procedures in place to properly handle discrimination complaints. If you need advice or assistance with drafting such policies, contact a qualified Florida employment law attorney today.

By Scott Law Team | Posted on July 15, 2020
« Accommodating Pregnant Employees: How Florida Businesses Can Get Into Trouble for Treating Employees Facing “Similar” Medical Restrictions Differently
Do I Have to Count My Employees’ Christmas Bonuses Towards Overtime? How the Fair Labor Standards Act Defines a Worker’s “Regular Rate” of Pay »