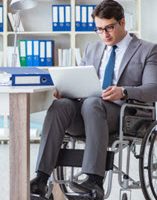 The EEOC filed the employment claim on the grounds that the company violated its obligations under the Americans with Disabilities Act of 1990 when it demoted and later fired a worker who was hospitalized and diagnosed with a mental health disorder. Below, you will find a more comprehensive review of the disability discrimination settlement announced by the EEOC.

According to the allegations included within the disability discrimination lawsuit, Interconnect Cable Technologies demoted and later fired an employee after finding out that she had been hospitalized and diagnosed with major depression. Indeed, when she returned to work the week after the hospitalization she was immediately subject to loss of job duties, pay, and benefits.

In the U.S. District Court for the Middle District of Florida, the EEOC filed a lawsuit on the grounds that the employee’s rights were violated under the ADA. Eventually, the company agreed to settle the case—paying the affected employee $35,000 in back wages and other damages and entering a consent decree to revise its policies to better prevent, identify, and stop disability discrimination.

As a representative for the federal agency noted, the disability discrimination settlement is consistent with the EEOC’s continued dedication to “protecting the rights of qualified and capable employees living with mental illness.” Unfortunately, employees with mental health disorders still face challenges in the workplace.

Know Your Rights: Mental Impairments and the ADA

Employees have important legal rights under the ADA. Among other things, the federal law prohibits disability discrimination in the workplace. Notably, the statute defines the term disability as a “physical or mental impairment” that significantly limits major life activities.

Psychiatric disabilities, including depression and chronic anxiety, are covered by the ADA. In fact, the ADA Amendments Act of 2008 clarified and broadened the definition of the term ADA, further emphasizing that mental health impairments can qualify as disabilities under the law.

Employers cannot discriminate against qualified applicants and employees merely because they have mental health impairments. Beyond that, an employee dealing with depression or another significant mental health disorder may be entitled to a reasonable accommodation.

Get Help From Disability Discrimination Attorney in Florida