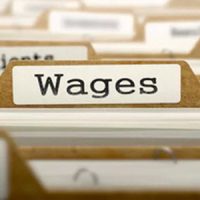 On February 23rd, 2022, the United States Department of Labor (DOL) officially announced that a North Florida restaurant— E & E Quezada Food Services Corp, the owner and operator of Rosy’s Mexican Restaurant in Jacksonville—owes more than $120,000 in back wages to at least ten staff members. Federal regulators found violations of the Fair Labor Standards Act (FLSA). In this article, you will find an overview of the allegations raised by the DOL.

Upon receiving a report of potential wage and hour violations, the Wage and Hour Division of the DOL launched an investigation into the workplace practices of Rosy’s Mexican Restaurant in Jacksonville, FL. Investigators determined that the restaurant failed to pay ten employees the full and fair pay that they had rightfully earned. More specifically, the DOL highlighted the following two wage and hour violations in its report:

Both of the aforementioned wage and hour violations are a breach of the federal FLSA. In Florida, the FLSA is the primary wage and hour law that protects the workplace rights of employees. Based on the findings, the DOL is ordering the owners and operators of Rosy’s Mexican Restaurant to pay $118,042 in back wages and liquidated damages to the affected employees.

Restaurant Employees are Often Affected By Wage and Hour Violations

Unfortunately, wage and hour violations remain a persistent problem in the restaurant industry. A number of different violations occur in this industry, including failure to pay overtime, underpaying wages of tipped employees, and failure to pay wages in a timely manner. All workers for restaurants must receive their full pay without any undue delay. Employers that violate wage and hour laws can be held accountable for payment of back wages and, potentially, other damages.

Get Help From a Wage and Hour Lawyer in Florida

By Scott Law Team | Posted on June 8, 2022
« How Do I Know If I Have A Sexual Harassment Claim Against My Employer?
International Forum of Senior Executive Advisers (IFSEA) »