If My Non-Compete Agreement is Lost, Is It Still Enforceable? 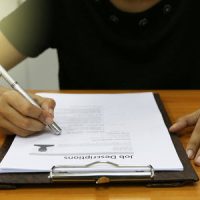 Can a non-compete still be enforced based on the employer’s oral statements that it exists? Surprisingly, the answer to that question can be “yes.” The failure to produce a “lost” non-compete agreement is not necessarily fatal to the employer’s case.

A 2009 decision from the Florida Fifth District Court of Appeal, Environmental Services, Inc. v. Carter, helps to illustrate what we are talking about. The plaintiff in this case sued three of its former employees, who had left the company to start their own competing business. The plaintiff alleged that all three employees violated the terms of the non-compete agreements they signed while working for it. Unfortunately, the plaintiff could only produce two of the three agreements at-issue; it had somehow lost the third agreement.

A Circuit Court judge held the two produced agreements were enforceable and issued an injunction against those two employees. As for the third employee, the judge determined that absent an actual copy of the written agreement, it could not impose any injunctive relief against the third employee.

On appeal, the Fifth District disagreed. It held that even though the agreement in question had been lost, the plaintiff could still prove its existence through other means. Indeed, Florida law makes provisions for situations like this, stating that an original signed contract is not required when the originals are “lost or destroyed,” provided the employer did not destroy them “in bad faith.”

In this case, there was no evidence to suggest the employer intentionally lost the third non-compete agreement. More to the point, there was additional or “parol” evidence offered to prove the existence of the lost agreement. For example, the ex-employee testified that he had signed a non-compete agreement. And a representative of the plaintiff testified the company only used one standard form for such agreements, suggesting the terms of the written agreements signed by the other two ex-employees also applied to the third ex-employee.

Whenever an employer demands you sign a non-compete agreement, you need to carefully consider its terms before you sign on the dotted line. These agreements can severely restrict your ability to earn a living should you decide to leave the employer. And you should not assume that a judge will let you out of the deal because its terms seem unfair or overly restrictive. So if you have any questions, it is best to consult with a qualified Florida employment law attorney before committing yourself.