Retaliatory Discharge Claims: How Florida Employers Can Get in Trouble for Firing Injured Workers 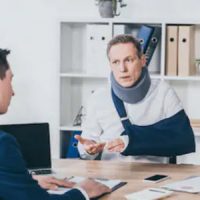 Most Florida employers are required to maintain workers’ compensation insurance. This ensures that any employee injured in the course of their employment receives certain medical and wage replacement benefits. By law, an employer may never “discharge, threaten to discharge, intimidate, or coerce any employee” who claims–or even attempts to claim–workers’ compensation benefits.

In a recent decision, Salus v. Island Hospitality Florida Management, Inc., the Florida Fourth District Court of Appeals clarified what is meant by an “attempt” to claim workers’ compensation benefits under this anti-retaliation statute. The plaintiff in this case sustained an injury while working for the defendant.

According to the plaintiff, he notified the employer of the injury the following day. The plaintiff said he subsequently had “difficulty receiving follow-up treatment.” Less than two weeks later, the defendant terminated the plaintiff’s employment. The plaintiff insisted the defendant never gave a reason for the termination, prompting him to file a retaliatory discharge claim.

In pre-trial depositions, several witnesses explained the actual reason for the plaintiff’s termination was that he had become angry and “threatened a coworker” shortly after his accident. The witnesses said the plaintiff threatened to “beat” the employee “with my bad arm.” A manager then intervened to “defuse the situation.” The defendant fired the plaintiff the next day as a result of this threat. The plaintiff insisted the entire incident was fabricated to create an excuse for his termination.

A trial judge sided with the defendant and dismissed the plaintiff’s lawsuit. The judge reasoned that under the facts of this case, he could not maintain a claim for retaliatory discharge, since he had not actually filed a workers’ compensation claim before his termination. The mere fact that he had suffered a workplace injury did not provide sufficient grounds for alleging a retaliatory discharge.

The Fourth District disagreed and said the plaintiff’s case could proceed. It explained that “the fact that the employee did not file a formal claim for workers’ compensation benefits until after his termination does not automatically preclude a claim for retaliatory discharge.” The employee had already taken steps to attempt such a claim, notably seeking medical attention for his workplace injury and explaining his difficulties in obtaining follow-up care to his employer. This met the legal threshold for “attempting” to seek workers’ compensation benefits, which is all the plaintiff needed to do to file a retaliatory discharge claim.

To rule otherwise, as the trial court did, would mean an “employer could circumvent [the law] by terminating employment immediately after a workplace injury and before the employee even has a chance to file a claim for benefits.” That would be an “absurd result,” the appeals court said.

Does Your Business Need Advice on Complying with Florida Law?

All Florida employers need to carefully understand their obligations under workers’ compensation law. It is critical to have procedures in place to ensure no employee is discharged, even inadvertently, for engaging in legally protected activities. If you need additional advice or guidance in this area, consult with a qualified Florida employment law attorney today.