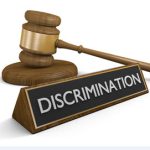 What Does It Mean to File a Charge of Discrimination and Who Can File One?

If you believe you have been discriminated or retaliated against at your Florida workplace due to your race, religion, national origin, gender, genetic information, disability, age, or sexual orientation, or even if you are an employer who is facing a discrimination charge, you are likely to have a lot of questions about how the… Read More » EEOC and Mental Health Issues in the Workplace

If you suffer from depression, PTSD, or another mental health condition – there is good news: you have legal rights in the workplace!  While this is not a novel idea, it is one that is not widely followed. This prompted , the U.S. Equal Employment Opportunity Commission (EEOC) in December to issue a publication… Read More »

Not From Around Here? The EEOC Issues Guidelines for National Origin Discrimination at Work

The United States is commonly referred to as the melting pot of the world – welcoming people from many different countries who are hoping to find freedom and chase the American dream. Unfortunately, not everyone in the United States welcomes those from other countries with open arms. Title VII of the Civil Rights Act… Read More »