The Challenges of Proving Pay Discrimination in Florida 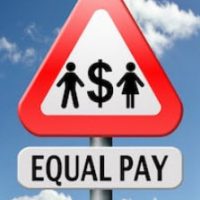 Across the board, studies show women are frequently paid less than men for performing the same job. While the Equal Pay Act and Title VII of the Civil Rights Act are designed to prohibit such discrimination, pay disparity remains a problem for many Florida women, in part because the laws themselves include a number of procedural hurdles that must be cleared before an equal pay claim ever reaches a trial court.

For example, a federal judge in Tampa recently dismissed a pay discrimination claim raised by an orthopedic surgeon at the University of South Florida’s College of Medicine. In this case, Stephens v. Board of Trustees of the University of South Florida, the plaintiff said the University removed her from “all of her teaching, research, and administrative duties,” reducing her compensation from $386,000 annually to just $83,000. She alleged this new salary was “at a lower rate” than that of her male colleagues who performed similar clinical work in the orthopedics department.

But the judge rejected the plaintiff’s allegations and granted the university’s motion for summary judgment. As the judge explained, there are four exceptions an employer may cite to defeat an Equal Pay Act claim, which are:

Here, the University relied primarily on the catch-all fourth exception–any factor other than sex–and presented evidence that the overall reduction in the plaintiff’s compensation was due to necessary budget cuts. The University said there were “significant budget deficits” at the medical school, and it hired new leadership for the orthopedics department specifically to cut faculty compensation.

As for the plaintiff’s lower base pay for clinical work relative to her male colleagues, the University said that as part of its financial reorganization management implemented an “Eat What You Kill” policy. Basically, faculty members received a bonus on top of their base compensation if they generated sufficient “revenue to cover the member’s overhead.” And unfortunately the plaintiff, who was described a “historically poor revenue generator” by the court, simply “failed to generate enough revenue to cover her overhead expenses in every month but one.” Hence she was paid less based on a factor “other than sex.”

Equal Pay Act disputes are highly fact-specific. As you can see from the case above, what may at first appear to be a clear-cut case of paying a woman less than a man for the “same work” may not hold up to careful scrutiny by a judge or jury. This is why you need to carefully gather and examine the facts before heading into court, whether you are the employer or the employee. If you would like additional information about the Equal Pay Act and its exceptions, you should contact a qualified Florida employment law attorney today.

By Scott Law Team | Posted on January 30, 2019
« Can Salaried Employees Still Get Overtime Pay in Florida?
What Is a Chief Freelance Officer and Do I Need One in My Workplace? »