What is a Hostile Working Environment and What Should I Do if I Think I Have One? 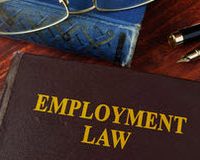 Most hostile work environment claims involve “harassment” or a harassing environment. As the U.S. Equal Employment Opportunity Commission (EEOC) explains, “harassment is a form of employment discrimination,” and it can violate a number of federal laws, including the following:

Under state law, harassment can also violate the Florida Civil Rights Act. In general, harassment is defined as “unwelcome conduct that is based on a protected trait”– like sex, race, disability, etc, and as discussed, above. While harassment may give rise to a claim for discrimination (there is no law requiring general civility in the workplace), not all harassment creates a hostile working environment claim. The EEOC explains that harassment rises to the level of a hostile work environment when one of the following occurs:

The Difficulty of Defining Unlawful Conduct that is Intimidating, Hostile, or Offensive

As you can see, there is no bright-line rule for defining harassment and what constitutes a hostile work environment. In some cases, a single act may be sufficient to give rise to a hostile work environment lawsuit, but in most cases, plaintiffs will have endured certain offensive behavior over a period of time. It is important to note that “petty slights, annoyances, and isolated incidents” are not illegal harassment.

What, then, would constitute offensive conduct that a reasonable person would find intimidating, hostile, or offensive? There are many forms of conduct that may rise to the level of actionable harassment, including but not limited to:

Harassment that creates a hostile work environment can be actionable when almost anyone at your job engages in unlawful behavior. To be clear, harassers can be supervisors or bosses, co-workers, and even non-employees in certain circumstances.

In some cases, behavior beyond harassment can also produce a hostile work environment. For instance, in Gowski v. Peake, the Eleventh Circuit determined that retaliation at work can constitute a hostile work environment. Given that Florida is part of the Eleventh Circuit, this case has important implications for employees in Palm Beach County and throughout the state of Florida.

What Should I Do If I Think I Have a Hostile Work Environment?

If you believe you are being harassed or enduring other types of behavior prohibited under Florida law, you should discuss your case with a Florida employment law attorney as soon as possible.