“You Are Being Too Emotional Because of Your Condition!” How Florida Employers Can Avoid Facing a Pregnancy Discrimination Lawsuit 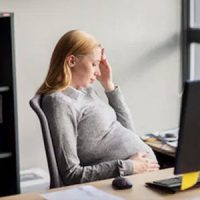 Federal law protects workers from pregnancy-based discrimination. For Florida employers, the message is simple: You cannot fire, demote, reassign, discipline or in any way disfavor a worker because they are pregnant. Additionally, if a worker does complain about pregnancy-related discrimination, you cannot engage in any retaliatory act against them. If you do, then your business may find itself the subject of an investigation from the U.S. Equal Employment Opportunity Commission (EEOC).

For instance, the EEOC recently filed a lawsuit against a Palm Beach County software company over allegations that it forced a pregnant employee to resign. According to the EEOC’s complaint, filed on June 30 in West Palm Beach federal court, the employee worked in the employer’s sales division for a little under two years.

And even after the employee gave birth and returned to work, the EEOC said the discriminatory and retaliatory acts continued. Not only did the employer reassign the plaintiff’s prior sales territory to a male employee; the EEOC said she was assigned a new territory where the employer had no existing customers and its “competitors had all of the market.” The employee asked to be reassigned, and when that was refused, she resigned.

The EEOC’s lawsuit seeks back pay and other financial compensation on behalf of the ex-employee, including punitive damages for “engaging in intentional discrimination with malice or with reckless indifference.”

Florida Employers Must Not Ignore Their Own Employment Policies

One takeaway from the EEOC’s lawsuit–which, we need to remember is simply a statement of allegations–is that the government identified a number of instances where the employer apparently violated its own policies in order to discriminate against a pregnant employee. This defeats the entire purpose of having such policies. All Florida employers should strive to enforce their rules on an equal and non-discriminatory basis. Not only does this approach show respect for employees–it potentially keeps you out of federal court.

If you have further questions or concerns with regard to pregnancy discrimination, please contact a qualified Florida employment law attorney today.