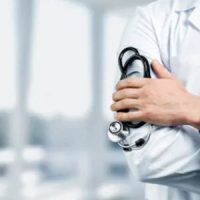 Florida generally permits the enforcement of non-compete agreements, provided the employer can show there are “one or more legitimate business interests” justifying any restrictions on a former employee’s ability to work, such as protecting trade secrets or customer goodwill. But in recent years, there has been growing concern about the use of non-compete agreements in the medical industry to restrict the ability of doctors and other healthcare professionals to open competing practices.

Indeed, earlier this year, Gov. Ron DeSantis signed legislation designed to significantly curtail the use of non-compete agreements with respect to certain physicians. The legislation added a new provision to Florida’s non-compete law, Section 542.336 of the Florida Statutes, which states that a “restrictive covenant” between an employer and a physician is void when “one entity employs or contracts with, either directly or through related or affiliated entities, all physicians who practice such specialty” in the same county. Such non-competes are also void for three years after the entry of a second employer into the same geographic market.

Although Section 542.336 has only been on the books a few months, it has already survived its first court battle. On August 21, 2019, a federal judge in Tallahassee rejected a challenge to the law on constitutional grounds. In 21st Century Oncology, Inc. v. Moody, an employer who previously employed all nine practicing radiation oncologists in Lee County argued it should be allowed to enforce non-compete agreements against five of those doctors who chose to leave and start competing practices in the county. The employer maintained Section 542.336 was “impermissibly designed to serve special interests” and violated its due process and equal protection rights.

The judge, however, concluded that the new legislation “neither involves fundamental rights nor proceeds along suspect lines.” Rather, the legislature acted “out of concern for the trend of concentration in the healthcare industry and the attendant effects of that trend on access, costs, and consumer choice.” In deciding to ban certain physician non-compete agreements, the legislature made a “rational” choice in an attempt to increase competition.

It is important to emphasize that Section 542.336 does not ban all physician non-compete agreements. The law is narrowly targeted to situations where an employer holds an effective monopoly over a particular medical specialty within a geographic market. In other words, the law is more likely to affect employers in more rural areas of the state as opposed to larger cities.

If you have additional questions or concerns about how Section 542.336 may affect your operations, you should contact a qualified Florida employment law attorney right away.