Close Menu
+
Connect with us
Florida Labor & Employment Lawyer > Blog > Wage and Hour > DOL Recovers More Than $110,000 In Back Wages On Behalf Of Dozens Of HVAC Workers In Florida

DOL Recovers More Than $110,000 In Back Wages On Behalf Of Dozens Of HVAC Workers In Florida 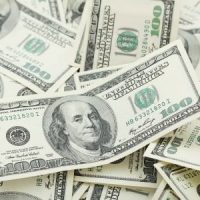 On August 15th, 2022, the United States Department of Labor (DOL) announced that more than $113,000 in back wages have been recovered on behalf of 169 heating, ventilation and air conditioning (HVAC) workers in Florida. The DOL notes that 11 different employers in Florida’s HVAC industry were cited for not properly paying overtime wages. In this blog post, you will find a more detailed overview of the wage and hour enforcement action.

Following a tip, the DOL initiated a wage and hour investigation into the workplace practices of several HVAC contractors in Florida. Some of the companies in question had common ownership structures, though others did not. The employers were located primarily in North Florida, including in Jacksonville Beach, Tallahassee, Bradenton, Daytona Beach, and Gainesville. After an in-depth investigation, the DOL determined that the employers collectively failed to pay proper overtime wages to 169 HVAC employees. The DOL found a number of different violations, including:

How Overtime Rate is Calculated Under the FLSA

The Fair Labor Standards Act (FLSA) is a federal law that dictates overtime pay in Florida. Under the FLSA, non-exempt workers are entitled to overtime pay when they put in more than 40 hours in a week. As many people are broadly aware, overtime pay is time-and-a-half. In many circumstances, the overtime calculation is relatively straightforward. For example, if an employee earns $20 per hour, then their overtime rate would b $30 per hour.

Get Help From an Unpaid Wage Attorney in Florida

Most HVAC workers are entitled to overtime pay for overtime work under the Fair Labor Standards Act (FLSA). If you or your loved one works for a contractor and you were denied overtime wages, contact an experienced Florida wage and hour lawyer for help with your employment law case.