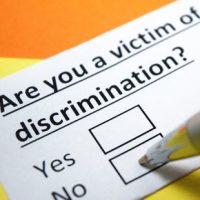 On August 8th, 2022, the Equal Employment Opportunity Commission (EEOC) announced that Ring Power Corporation—a CAT affiliated heavy equipment dealer serving markets in North Florida and Central Florida—will pay $65,000 and revise its employment policies to resolve a racial discrimination lawsuit. In this article, you will find a more detailed overview of the settlement and an explanation of the steps that you should take if you believe that you were subject to race discrimination in the workplace.

The employment law complaint from the EEOC states that Ring Power Corporation hired an African American man to work as a technician at its St. Augustine location. The employee was highly qualified for the position and previously worked as a technician in the United States Navy. He was reportedly the only African American technician in his department throughout the entire course of his tenure at the company. The following allegations were raised:

The EEOC filed a race discrimination lawsuit on behalf of the employee in the United States District Court for the Middle District of Florida. The matter has now been settled. The employer will pay  $65,000 in compensation to the affected worker. Additionally, the company will revise its workplace policies, including specialized training for supervisors on racial discrimination.

There are federal and state laws in place that bar race workplace discrimination. Discriminatory employment practices can take many different forms—from refusal to hire to denial of promotion to harassmesnt to heightened and unfair scrutiny on job performance. If you believe that you were a victim of race discrimination on the job, it is crucial that you take action to protect yourself. Here are four key steps to take if you are considering filing a race discrimination claim:

Get Help From a Race Discrimination Attorney in Florida

Unfortunately, race discrimination remains a problem in workplaces in Florida and throughout the country. If you or your family member was discriminated against based on race, color, ethnicity, or national origin, an experienced Florida employment law attorney can help protect your rights.

By Scott Law Team | Posted on November 23, 2022
« DOL Recovers More Than $110,000 In Back Wages On Behalf Of Dozens Of HVAC Workers In Florida
Is My Florida Employer Required To Give Me Time Off For Medical Reasons? »