Close Menu
+
Connect with us
Florida Labor & Employment Lawyer > Blog > Wage and Hour > Employee or Independent Contractor? Understanding the Factors Federal Courts Use to Decide Who Is Which

Employee or Independent Contractor? Understanding the Factors Federal Courts Use to Decide Who Is Which 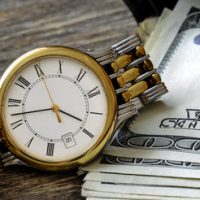 The legal distinction between “employee” and “independent contractor” may not always be clear, but misclassifying a worker with the wrong classification can have severe (and expensive) repercussions. Many business owners think that if simply label a worker as an “independent contractor,” that is the end of the matter. But the law is not quite that simple.

Luckily, federal courts have provided guidance to help both employers and workers determine their proper classification under the Fair Labor Standards Act, which was most recently outlined by the U.S. District Court for the Middle District of Florida in the case of J.L. Nieman v. National Claims Adjusters, Inc., et al., No. 18-14391 (11th Cir. 2019).

Those factors are as follows:

The case, Nieman v. National Claims Adjusters, Inc., et al., No. 18-14391 (11th Cir. 2019), involves a self-represented plaintiff who alleged a company he worked for (the defendant) failed to pay him the required minimum wage under the Fair Labor Standards Act (FLSA).

The FLSA only applies to workers classified as employees, not independent contractors. Not surprisingly, then, the defendant argued the plaintiff had only performed work for it as an independent contractor. This required both a trial court–and later the 11th Circuit–to look at the six factors described above.

Regarding the first of the six factors–degree of control–the 11th Circuit Appeals Court reviewed the facts specific to each element. The Court noted the plaintiff “controlled when he started work for [the defendant] and for how long, how many assignments he took,” and so forth. That is to say, the plaintiff effectively decided his own schedule, setting up his own appointments and controlled the geographic region of where he took assignments. He also maintained his own home office with his own equipment, which satisfied the third factor. And the plaintiff’s work required a “special skill” in the form of a professional license, which also weighed in favor of independent contractor status.

Need Help in Setting Up an Independent Contractor Relationship?

If you need advice on whether you are a misclassified worker or an employer considering hiring and making decisions about worker classifications, contact a qualified Florida wage and hour lawyer right away.

By Scott Law Team | Posted on August 2, 2019
« Keeping Up with the Law: Florida Employers and Employees: The Importance of Keeping Payroll Records
Disloyalty or Retaliation? Federal Appeals Court to Reconsider Whether Employer Can Fire Manager for Allegedly Encouraging Discrimination Lawsuits Against the Company »