Close Menu
+
Connect with us
Florida Labor & Employment Lawyer > Blog > Wage and Hour > Keeping Up with the Law: Florida Employers and Employees: The Importance of Keeping Payroll Records

Keeping Up with the Law: Florida Employers and Employees: The Importance of Keeping Payroll Records 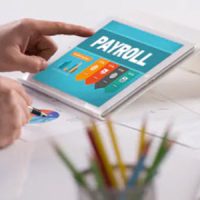 The Fair Labor Standards Act (FLSA) establishes nationwide minimum wage and overtime requirements. To enforce these rules, the FLSA also requires employers to keep accurate payroll records for any worker entitled to receive the minimum wage and overtime pay. According to the U.S. Department of Labor, such records should accurately track an employee’s hours worked in a given work-week, i.e., a seven-day period.

So what happens if an employer neglects to keep accurate time records and the employee subsequently alleges an overtime violation? How can the employee prove they were underpaid if no records exist? According to guidance from the U.S. Supreme Court, the employee can still prevail on an FLSA claim if she “has in fact performed work for which [she] was improperly compensated and if [she] produces sufficient evidence to show the amount and extent of that work as a matter of just and reasonable inference.”

But this is often easier said than done. For example, in a recent decision from the U.S. 11th Circuit Court of Appeals, Jenkins v. Anton, an employee unsuccessfully sought unpaid overtime from her former employer. The employer, an attorney, hired the employee to work as a paralegal. Apparently, the employer did not keep any written record of the hours the employee worked. The employee said she was entitled to over 700 hours of unpaid overtime, based on her estimate that she actually worked about 70 hours per week.

The employer disputed this estimate and insisted the employee “ever worked more than 40 hours a week.”

The case was tried before a federal judge in Tampa, sitting without a jury by agreement of the parties. Several witnesses testified in support of the employer’s contention that the employee could not have worked more than 40 hours per week because the employer’s law practice simply was not that busy. Indeed, the employer’s current paralegal said she “never worked overtime” and “didn’t even work 40 hours a week.”

Ultimately, the judge found the employer’s account of the employee’s hours worked more credible, despite the fact he never kept written time records.

On appeal to the 11th Circuit, the employee asked for a new trial based on what she claimed was “newly discovered evidence.” Specifically, the employee said she had located the paralegal who worked for the employer just before the employee did. The employee said this witness would have testified at trial that she “regularly worked 20 hours of overtime during her employment,” rebutting the employer’s claims to the contrary.

Get Help Complying with the FLSA

The lesson from this case is not that an employer can get away with not keeping time records. To the contrary, the employer above faced a full trial and appeal largely as a result of not keeping such records. At the end of the day, complying with the FLSA is not optional. If you are a Florida employer or employee and would like additional advice on wage and hour laws, contact a qualified Florida wage and hour attorney right away.

By Scott Law Team | Posted on July 10, 2019
« Florida Governor DeSantis Signs Bill for Unemployment Benefits for Victims of Domestic Violence
Employee or Independent Contractor? Understanding the Factors Federal Courts Use to Decide Who Is Which »