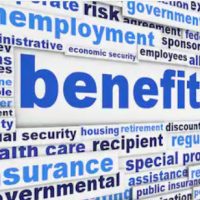 Florida law provides for unemployment compensation–known as “reemployment assistance”–for workers who lose their jobs through no fault of their own. Typically, employees who voluntarily leave their position are not qualified to receive these benefits. However, there are some exceptions,  such as a person who quits their job to relocate with a spouse in the military and as of law signed in June 2019, now too for domestic violence victims.

On June 7, 2019, Governor DeSantis signed House Bill 563 , which will allow workers to claim unemployment benefits if they are forced to leave their job due to domestic violence. This new law puts Florida in line with more than 40 other states and territories that currently afford workers such protections.

Florida law already defines “domestic violence” to include “any assault, aggravated assault, battery, aggravated battery, sexual assault, sexual battery, stalking, aggravated stalking, kidnapping, false imprisonment, or any criminal offense resulting in physical injury or death of one family or household member by another family or household member.” A victim of domestic violence may include a spouse, ex-spouse, unmarried parents of a common child, or anyone who has lived together now or in the past.

Florida Statute 443.101 is now amended to include that if an employee can prove their decision to quit their job was the “direct result of circumstances related to domestic violence,” they remain eligible for reemployment assistance benefits. However, there are several caveats:

Under Florida’s current reemployment assistance program, the House staff estimated a similar number of claims here would cost about $140,000, which would be shared among all private and public employers who pay into the system.

Florida Statute 443.101 provisions take effect on July 1, 2019. If you are an employer or employee who has additional questions about how this new law affects you, contact a qualified Florida employment law attorney as soon as possible.

By Scott Law Team | Posted on July 2, 2019
« Sexual Harassment Is No Laughing Matter: Florida Employer Faces Federal Lawsuit for “Abusive Contact and Retaliation”
Keeping Up with the Law: Florida Employers and Employees: The Importance of Keeping Payroll Records »