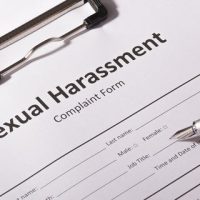 Sexual harassment is a form of illegal sex discrimination under both federal and Florida state law. The laws further prevent an employer from being passive when an employee makes a complaint regarding possible harassment. Under both federal and state laws, employers must have appropriate policies and procedures in place to process, investigate, and handle complaints in a forthright and professional manner.

If you are a Florida employer who elects to dismiss a sexual harassment complaint as “false” or “no big deal,” without an investigation – be prepared for the consequences.

A recent complaint filed by the U.S. Equal Employment Opportunities Commission in Orlando federal court offers a cautionary tale of the type of conduct that can land an employer in hot water. The employer in this case, U.S. Equal Employment Opportunity Commission v. O’Reilly Automotive Stores, Inc., is a well-known distributor of automobile parts. The employee worked as a “delivery specialist” for the employer’s store in Orlando.

Another female employee told the EEOC she also experienced sexual harassment from the same manager. She also noted that other male employees “laughed” when they observed the manager’s conduct.

The EEOC’s lawsuit formally accuses the employer of violating Title VII of the federal Civil Rights Act of 1964. As relief, the EEOC has asked a federal judge to issue a “permanent injunction” against the employer and its employees to prevent future acts of sexual harassment. The EEOC also seeks monetary compensation on behalf of the employee.

Florida businesses need to be proactive when it comes to identifying and stopping sexual harassment at all levels of their organization. Employers can ensure that they are abiding by requirements of state and federal law by adopting and disseminating policies on anti-harassment in the workplace as well as adopting a complaint process for employees who believe they have been subject to sexual harassment. Employers should also provide sexual harassment training to both employees and managers. If you need advice on this subject, contact an experienced Florida employment law attorney today.

By Scott Law Team | Posted on June 26, 2019
« If You Don’t Have Anything Nice to Say… Considerations for Employers Discussing Reasons for Employee’s Separation
Florida Governor DeSantis Signs Bill for Unemployment Benefits for Victims of Domestic Violence »