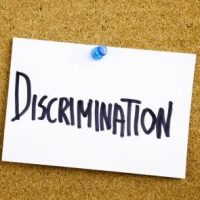 According to a report from Law.com, a Florida Denny’s franchise location is being sued for national origin discrimination by a former employee. The Equal Employment Opportunity Commission v. RREMC, LLC, D/B/A Denny’s Restaurant has been filed in the United States District Court of the Middle District of Florida. In this article, you will find a more detailed overview of the complaint and an explanation of national origin discrimination.

The named plaintiff, Juan Perez, took a job as a server at a Denny’s restaurant location in Brandon, Florida in 2013. Mr. Perez is of Mexican national origin. According to the complaint filed by the EEOC, Mr. Perez received racial and ethnic slurs based on his national origin while working at the Denny’s location between 2016 and 2019. Further, the complaint alleges that the severe and pervasive nature of the national origin-based harassment created a hostile work environment.

In March and April of 2019, Mr. Perez took action. He reported the harassment to his immediate supervisors. In August of 2019, Mr. Perez was terminated from his position at the company. The EEOC contends that the termination of this employee was in retaliation for the fact that he reported national origin discrimination. The EEOC is seeking all appropriate remedies, including back pay and reinstatement.

National Origin Discrimination is Prohibited Under Federal and State Law

As an employee, you should not be treated any less favorably than co-workers or other job applicants based on your national origin. Federal and state labor laws provide legal protections against national origin discrimination. Employees in Florida may have rights under:

Get Help From a National Origin Discrimination Attorney in Florida

There are state and federal labor regulations in place to protect workers against discrimination due to their actual or perceived national origin. If you or your family member was the victim of national origin discrimination, contact an experienced Florida employment lawyer for immediate help.

By Scott Law Team | Posted on July 13, 2022
« Miami Grocery Store Will Pay Florida $75,000 To Settle Pregnancy Discrimination Lawsuit
Can An Employee Get Out Of A Non-Compete Agreement In Florida? »