How Long Do I Have to File a Jones Act Claim? Understanding the Rules Governing Injured Cruise Ship Employees 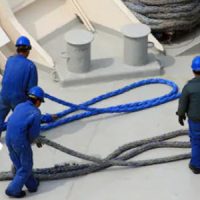 Typically, when a Florida employee is injured on-the-job, they are entitled to receive no-fault medical and wage replacement benefits under workers’ compensation. This system also insulates the employer against a potential personal injury lawsuit from the employee. But when the employer operates a cruise ship, and the employee works on said ship, a different set of rules apply. Instead of relying on Florida workers’ compensation law, an injured employee must instead turn to a federal statute known as the Jones Act.

Florida Court Allows Part of Lawsuit Against Disney to Proceed

Employees subject to the Jones Act need to be aware of the strict deadlines for bringing a legal claim against their employer. To help illustrate why, consider this recent decision from the Florida Fifth District Court of Appeals, Grazette v. Magical Cruise Company Limited.

The plaintiff in this Jones Act case worked on a number of Disney cruise ships between 2011 and 2015. Shortly after starting work in 2011, the plaintiff said she “felt a pop in her lower back” while picking up some luggage. At the time, the plaintiff did not seem medical treatment. It was not until two weeks later that the plaintiff reported the prior injury to the ship’s medical staff.

The plaintiff filed her Jones Act lawsuit in 2017. She said Disney failed to properly diagnose her injury in 2011 and that she “did not receive a proper diagnosis” until 2015. Over the four years of her employment, the plaintiff said her back injury became progressively worse, yet Disney continued to assign her the same duties without providing appropriate care.

In response, Disney argued the plaintiff waited too long to bring her claims. The Jones Act has a three-year statute of limitations for tort claims, which included the plaintiff’s allegations that Disney was negligent. The plaintiff acknowledged the three-year time limit, but argued the clock did not begin to run until 2015, when she received her disc herniation diagnosis.

The Fifth District disagreed. It said this was not a case where the plaintiff had a “latent” injury that went undiscovered for four years. Rather, the plaintiff knew she had been injured in 2011. Even if she did not understand the extent of the injury at the time, the three-year clock had already begun. And since the plaintiff did not file her lawsuit until 2016–nearly five years later–her personal injury claims were barred as a matter of law.

That said, the Fifth District held the plaintiff could proceed with a separate claim for “maintenance and cure damages,” which is essentially the maritime version of workers’ compensation benefits. Here, the issue is not when the plaintiff sustained her initial injury, but when she “became incapacitated to do seamen’s work.” Since the plaintiff presented credible evidence that she did not become incapacitated until 2015, further proceedings before a trial court were necessary to determine when the statute of limitations started to run.

The Jones Act, and maritime law generally, can prove confusion for employers and employees alike. So if you do find yourself in a situation like the one described above, it is best to seek legal advice from a qualified Florida employment law attorney as soon as possible.

By Scott Law Team | Posted on January 14, 2020
« Are Employees Allowed to Take FMLA Leave to Meet with their Child’s Special Education Teacher?
Does a Separation Agreement Prevent an Employer from Suing to Recover Money Wrongfully Taken by an Ex-Employee? »