The Cat’s Paw Theory: Why Florida Employers Need to Independently Verify a Supervisor’s Recommendation to Discipline or Fire an Employee 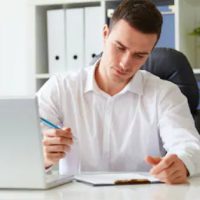 Consider the following scenario: You are the owner of a business. One day, a supervisor comes to you and informs you that an employee has been caught stealing from the company. The supervisor advises you fire the employee right away. You accept your supervisor’s recommendation and think nothing more of the matter.

Then, a few weeks later, the now ex-employee shows up in your office with a lawyer. The ex-employee claims the supervisor fired her for illegal discriminatory reasons–he did not like working with women–and is now prepared to sue. You are surprised by this revelation. You took the supervisor at his word this was a legitimate firing and you certainly harbored no discriminatory intent against the former employee.

Nevertheless, you might still be on the hook for illegal employment discrimination under what is known as the “cat’s paw theory.” Based on a 2011 decision by the U.S. Supreme Court, Staub v. Proctor Hospital 562 U.S. 411, the cat’s paw theory states “discriminatory animus may be imputed to a neutral decision-maker if a supervisor recommends an adverse employment action due to a discriminatory animus and that recommendation is a motivating factor of the decision-maker’s ultimate adverse employment action.” In other words, even if you as the owner had no discriminatory intent towards the ex-employee, you may still be held responsible for following the advice of a supervisor who did have such intent.

A recent decision from a federal judge in the Southern District of Florida in Miami, Quintero v. Publix Super Markets, further illustrates how employers can run into trouble under the cat’s paw theory. In this case, the plaintiff sued his former employer alleging he was illegally fired in retaliation for refusing to “give a false statement” in an Equal Employment Opportunity Commission investigation “involving another employee.” The company maintained it fired the employee for a “violent incident” that violated the company’s code of conduct.

The employee specifically alleged that the supervisor who asked him to give the false statement retaliated against him by advising the district manager to fire him, using “alleged conduct occurring outside of work” as a pretext to justify the decision. That is to say, the employee invoked the
“cat’s paw” theory. In response, the company argued the cat’s paw theory did not apply to retaliation cases, arguing they rely on a different legal standard than the type of discrimination at issue in the Supreme Court’s Staub decision.

The judge in the Quintero case disagreed with the company, concluding that even in retaliation cases, an employer may be liable if a “recommending supervisor’s discriminatory animus was a but-for cause of, ‘or determinative influence on,’ the decision-maker’s ultimate decision.” For instance, if the decision-maker simply “rubber stamps” the supervisor’s recommendation without conducting an “independent investigation,” a jury could find the employer committed discrimination, even without intending to do so.

The take away for employers? Remember to conduct regular reviews of your company’s own procedures for handling internal complaints against employees, including having investigation procedure for allegations of employee wrongdoing. For employees, if you believe your termination or disciplinary action was motivated by a discriminatory reason – seek legal advice. If you need further advice or counsel in this area, consult with a qualified Florida employment law attorney.

By Scott Law Team | Posted on May 13, 2020
« Politics and Religion in the Workplace: Do You Have Rights to Free Speech?
Job Protection Under FMLA: Why You Must Ensure Your Employees Return to the Same or “Equivalent” Position After Taking Leave »