Politics and Religion in the Workplace: Do You Have Rights to Free Speech? 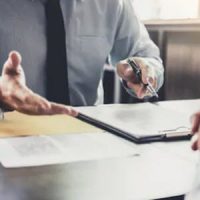 It is often said there are three topics you should never discuss at work: politics, religion, and money. But in the event these topics are discussed in the workplace, can an employee be disciplined for the discussion? Often times, the answer lies in whether the worker is a public or private employee.

Judge: First Amendment Does Not Protect Speech Regarding “Private” Concerns Among Government Employee/Co-Workers

Can government offices ban employees from discussing certain topics? Put another way, does an employee’s freedom of speech under the First Amendment to the U.S. Constitution prevent a government employer from imposing such a ban?

A federal judge in the Northern District of Florida Tallahassee recently confronted this question. The plaintiff in this case, Fiedor v. Florida Department of Financial Services, managed the Pensacola regional office of the Department of Financial Services. The plaintiff is also an active member of the Baptist church. A co-worker complained to management that the plaintiff “had repeatedly pressured him to attend church events” and that he “suffered adverse treatment when he did not yield” to this pressure.

The Department’s Inspector General conducted an investigation and concluded the co-worker’ complaints were true. As a result of this and other problems identified by the Inspector General, the Department demoted the plaintiff. The new manager assigned to the Pensacola office subsequently told the plaintiff he “could not discuss religion in the office or the board or post church-related matters on the [office] bulletin board.”

This prompted the employee to file a discrimination complaint with the Florida Commission on Human Relations, and eventually his lawsuit in federal court. Among other allegations, the employee asserted the Department’s actions violated his religious freedom rights under the First Amendment and federal law. The Department later abandoned the policies prohibiting discussion of religion or the posting of church-related materials on bulletin boards.

Although this effectively mooted the employee’s lawsuit, U.S. District Judge Robert L. Hinkle still assessed the substance of the employee’s claims. The judge noted that “[c]itizens do not surrender their First Amendment Freedom of Speech rights by accepting public employment.” But as an employer, the Department still has a legitimate interest in “promoting the efficiency of the public services it performs through its employees.”

Here, Judge Hinkle concluded the First Amendment only protected the plaintiff “when speaking as a citizen on a matter of public concern.” This did not include the employee’s “discussion of his religion with coworkers.” Such speech was unquestionably protected when “made on a street corner,” Hinkle observed, but “not when made privately to other employees in the workplace.”

And although the First Amendment does not require religious speech to involve a matter of “public concern,” it does forbid government employers from enforcing policies that “substantially burden” an employee’s exercise of his “sincerely held religious beliefs.” The employee said his beliefs required him to “sometimes discuss his religion and invite people to church.” But the judge said the plaintiff also acknowledged this “obligation is not constant and that he is required to discuss religion only at ‘appropriate’ times.” Given this, the Department did not substantially burden the plaintiff’s freedom of religion.

Is Your Business Following the Law?

It is important to note that private businesses are not subject to the same First Amendment restrictions as government agencies. That said, all Florida employers must take care not to enforce policies that discriminate, even unintentionally, against workers on the basis of their religious beliefs. If you are an employee who needs legal advice on this or any related subject, contact a qualified Florida employment law attorney today.