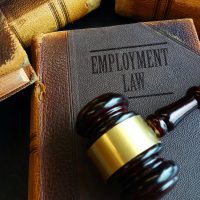 Many important legal issues are headed before the Supreme Court of the United States in the coming year, including in the field of employment law. The nation’s highest court is set to shape the law on multi-state wage and hour issues, mandatory arbitration rules, and the scope of federal agency power to regulate the workplace. In this article, you will find an overview of three key employment law cases that are expected to be decided by the Supreme Court in 2022.

Wage and hours laws help to ensure that workers receive full and fair pay for the time that they put in on the job. The key wage and hour law in the United States is the federal Fair Labor Standards Act (FLSA). Beyond the FLSA, some states have more worker-friendly wage and hour regulations in place. A dispute has arisen regarding which state laws should apply to the airline industry. In the case of Virgin America, Inc. v. Bernstein, the airline challenged a Ninth Circuit Court of Appeals decision that held them (and other players in the industry) liable for complying with certain California state labor regulations. The Supreme Court is likely to weigh in on the matter this year.

Another key employment law case that is likely to be decided by the Supreme Court in 2022 centers around state restrictions on mandatory arbitration agreements. Once again, this case arises out of California—though it has important implications for the entire country, including Florida. A unique law in California allows employees to circumvent a mandatory arbitration provision in certain circumstances. The nation’s highest court has already agreed to hear this case. It will have to determine whether or not the state has the authority to set up a system whereby employees (and other parties) can get around mandatory arbitration provisions and file a lawsuit directly.

Finally, perhaps the most important Supreme Court case for employment law in 2022 is not actually directly about the workplace at all. Instead, it is centered around a concept called “agency deference.” In effect, the Supreme Court has previously ruled that all courts must defer to a “reasonable interpretation” made by a federal agency when a law is ambiguous. You will often hear this referred to as the legal principle of “Chevron Deference.”

In effect, it means that the federal government—through its agencies—has considerable power to regulate. However, some conservative justices, including Justice Samuel Alito and Justice Neil Gorsuch, have expressed sympathy towards ending Chevron Deference. If they do so, it could have major implications for employment law. Most notably, it could make it more difficult for the Department of Labor and the Occupational Safety and Health Administration (OSHA) to make new regulations.

Employees deserve safe, fair working conditions. Federal and state labor laws provide protections to workers. Though, in practice, employment law can be difficult to navigate. If you have any specific questions about your rights, contact an experienced Florida employment lawyer for help.

By Scott Law Team | Posted on May 11, 2022
« Can I File A Discrimination Lawsuit If I Was Passed Over For A Promotion?
Can I Get Telework As A Reasonable Accommodation? »