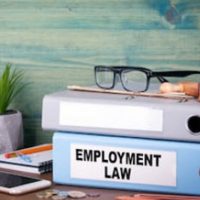 Florida employers often face conflicting legal obligations. For example, an employer must not engage in conduct that interferes with the rights of their employees under the National Labor Relations Act (NLRA) to unionize or join together to advocate for better working conditions. At the same time, if employees engage in “abusive conduct,” the employer may be found liable for creating a hostile work environment under federal civil rights laws. So what happens when an employer disciplines an employee for abusive conduct, but the employee claims their actions were protected advocacy under the NLRA?

Until recently, the National Labor Relations Board (NLRB) has said that “discipline based on abusive conduct” made in the course of protected activity is presumed to be a violation of the NLRA. The employer can argue, however, that the employee has “lost the protection of the act” if it meets a four-part test, known as the Atlantic Steel standard. The test basically requires the NLRB to consider the place of the discussion, the subject matter of the discussion, the nature of the employee’s outburst, and whether that outburst was provoked–in whole or in part–by an “unfair labor practice” committed by the employer.

But in a July 21, 2020, decision, the Board reversed course and decided to abandon the Atlantic Steel test in favor of an older standard, the Wright Line test. The Wright Line test does not require any analysis of the circumstances of an employee’s conduct. Rather, it looks at whether or not an employer “had animus” against a protected activity under the NLRA, and if so, whether that animus was the but-for cause of a disciplinary action. In other words, if an employer can show it would have disciplined an employee for abusive conduct even if no unionizing activity was involved, then the employer’s actions will not be considered a violation of the NLRA.

The Board did not address whether GM violated the NLRA by disciplining these specific acts. Instead, the Board explained that Wright Line, rather than Atlantic Steel, should apply to this and similar cases going forward. In particular, the Board noted that the Atlantic Steel test placed employers in an impossible position when it came to respecting both the NLRA and employment discrimination laws. Indeed, the Equal Employment Opportunity Commission, which enforces anti-discrimination laws, has repeatedly said that employers cannot tolerate “abusive conduct” merely because it involves “heated feelings about working conditions.”

The Board’s decision will hopefully bring some clarity and consistency to the law in this area. Of course, as an employer you may still have some questions or concerns. If so, you should speak with a qualified Florida employment law attorney right away.

By Scott Law Team | Posted on September 9, 2020
« You Cannot Fire Your Way Out of a Sexual Harassment Complaint: Tampa Business Owner Faces Federal Lawsuit Over Former Truck Driver’s Allegations
No Pretext for Illegal Discrimination: How Florida Businesses Can Protect Themselves Against Baseless Accusations »