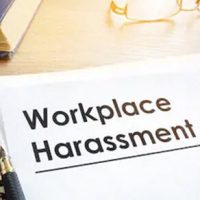 There are two misconceptions that some Florida business owners may have regarding sexual harassment. The first is that it is only a problem if the victim of the harassment is female. The second is that you can “take care of” a harassment issue by firing the employee who complains about it. Neither of these statements are correct, and in fact your business may find itself squarely in the cross-hairs of federal regulators if they act on such assumptions.

EEOC: We Will Not Tolerate Sexual Harassment Against Male Employees

For example, the Equal Employment Opportunity Commission (EEOC) recently filed a lawsuit in Orlando federal court against a Tampa-based business over allegations the company’s male owner sexually harassed a male employee. The EEOC said the company then proceeded to fire the employee when he complained about the harassment to local law enforcement.

According to the EEOC’s complaint, filed on July 21, the employee worked as a truck driver for the defendant’s septic tank cleaning business. The EEOC alleged that during his employment, the driver was repeatedly subjected to “unwelcome, sexually charged comments from the owner.” For instance, the owner allegedly “placed his hands in a diamond around [the employee’s genitalia] an told [him] to ‘back up to this.’” In addition, the EEOC alleged there was “unwelcome sexual conduct and physical contact” directed at the driver, including the “stroking” of his arms and leg and at least once instance of the owner using a stick to “poke” the driver “between his butt cheeks.”

After this latter incident, the EEOC said the driver filed a complaint with the Orange County Sheriff’s Office. Two deputies then interviewed the owner. The owner allegedly told the deputies he “planned to take action against whomever made the report.” Although the deputies warned the owner not to do that, the EEOC said that at the start of the next workday, the driver was fired.

In a press release, the EEOC said it attempted to reach a negotiated settlement between the driver and the defendant. When that proved unsuccessful, the agency decided to file a lawsuit. The head of the EEOC’s Miami office noted, “Both men and women are protected from sexual harassment under Title VII. Sexual harassment will not be tolerated by the EEOC regardless of the sex of the victim or harasser.”

The lawsuit itself seeks back pay and other financial damages on behalf of the fired driver. The EEOC also wants a permanent injunction to prevent the defendant from “participating in discriminatory conduct based on sex” in the future. The EEOC also seeks punitive damages due to the “malicious and reckless” nature of the owner’s alleged misconduct.

Your Business Needs to Be Proactive in Avoiding Harassment Charges

An EEOC lawsuit is simply a statement of allegations and not a final court judgment. But this case should send a strong message to all Florida employers that sexual harassment is taken seriously by the federal government–and retaliation against an employee who brings a harassment complaint is never a solution.

Instead, your business needs to be proactive in identifying, investigating, and putting a stop to any practices that may lead to the creation of a hostile work environment. If you need guidance or assistance in figuring how to best do this, please contact a qualified Florida employment law attorney as soon as possible.