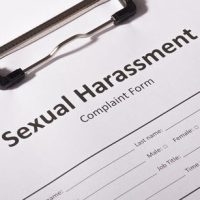 With sexual harassment continuing to draw national attention in the wake of the #MeToo movement, it is important more now than ever that employers are cognizant of their responsibilities to their employees under the law – including volunteers. Title VII of the federal Civil Rights Act of 1964 and the Florida Civil Rights Act both prohibit workplace discrimination on the basis of sex. This includes sexual harassment or any other pattern of conduct that leads to the creation of a “hostile work environment.” But who is protected under the law?

More recently, a federal court in Jacksonville in the case of Volling v. Antioch Rescue Squad, N.D. IL, No. 11 C 04920, 12/4/12., addressed the question of whether a volunteer could present the question of their employment status to a jury. This case arises from a sexual harassment complaint brought by two volunteer firefighters against the City of Lake Butler in Union County, Florida. The plaintiffs alleged multiple instances where they suffered harassment at the hands of male colleagues. They said their volunteer positions were “eliminated” after they complained to the City about the harassment.

The City moved to dismiss the case, asserting federal courts lacked “subject matter jurisdiction” over sex discrimination complaints brought by non-employees. But the judge overseeing the case said the plaintiffs’ employment status was not a threshold jurisdictional matter. In other words, they do not need to prove they were “employees” for purposes of bringing a lawsuit, although they will have to prove it at trial. The judge noted that while the 11th Circuit has not made a definitive ruling on this point, his decision is consistent with those of other federal judges in Florida.

The judge’s ruling in the case above is important because it means the plaintiffs will get to present their case to a jury.  If you find yourself in a situation where you are a victim of sexual harassment but uncertain as to your rights under the law, you should contact a qualified Florida employment law attorney as soon possible.