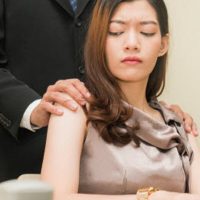 The EEOC alleges that the male owner of Shelley’s Septic Tank, Inc.—a company based in Orange County, Florida—made sexually explicit comments to a male employee. Additionally, the male supervisor also allegedly engaged in inappropriate, unwelcome physical contact. In an effort to put an end to the harassment, the employee reported the matter to the local sheriff’s office—filing a formal legal complaint against the owner of the company. In investigating the issue, the sheriff’s office informed the male supervisor of the allegations.

Upon being informed of the allegations, the male owner of Shelley’s Septic Tank, Inc. allegedly openly stated his intent to retaliate against the employee. He followed through on the threat. When the employee returned to work the following day, he was terminated from his position. The EEOC has now reached a settlement of the same-sex sexual harassment and workplace retaliation claim. The Central Florida company will pay $82,500 in compensation to the employee. Further, the company has entered a three-year consent decree with the EEOC.

That two individuals are of the same sex is not a defense against a workplace sexual harassment claim. As a representative of the EEOC’s Miami District Office emphasized in relation to this case, Title VII of the Civil Rights Act prohibits sexual harassment “no matter the gender of the victim or harasser.”

In 2020, The Supreme Court of the United States also extended the protections against employment discrimination in Title VII of the Civil Rights Act to include LGBT employees.

Employees Have the Right to Report Sexual Harassment

In far too many cases, sexual harassment goes unreported. State and federal laws are in place to help ensure that employees are able to report sexual harassment—whether committed by a business owners, supervisor, co-worker, or customer. An employer that punished an employee for complaining about and/or formally reporting sexual harassment may be held liable in a retaliation claim.

Get Help From a Workplace Sexual Harassment Attorney in Florida

By Scott Law Team | Posted on February 2, 2022
« Sex Discrimination Claim Against University Of Miami Set To Go To Trial
DOL Secures More Than $46,000 In Back Pay For Florida Roofing Workers »