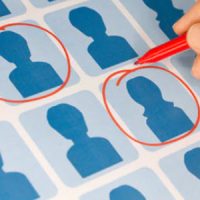 On October 6th, 2021, the Equal Employment Opportunity Commission (EEOC) published a press release confirming that a federal judge has denied a motion for summary judgment filed by the University of Miami. In doing so, the judge is allowing an employee’s sex-based discrimination claim to proceed to trial. In this article, you will find an overview of the EEOC’s sex discrimination claim against the University of Miami.

In July of 2019, the EEOC filed an employment discrimination lawsuit on behalf of a female professor against the University of Miami. She was employed in the university’s political science department. According to allegations raised by the EEOC in its initial lawsuit against the private school, the professor was paid $28,000 less per year than a similarly qualified male colleague in the department. Based on the allegations, the EEOC alleges sex discrimination, including violations of the federal Equal Pay Act and the Title VII of the Civil Rights Act.

University’s Motion for Summary Judgment Denied By a Federal Court

In this case, Judge Robert N. Scola Jr. of the United States District Court for the Southern District of Florida published a preliminary decision denying the employer’s motion for summary judgment in its entirety. By doing so, the federal judge determined that the question of whether or not the two professors are actually “similarly qualified” is an open question. It is an issue that must be decided by a jury. The court did emphasize that both the male and female employees are positioned to make tenure and teach the same amount of courses.

The Sex Discrimination Claim is Heading Towards a Full Trial

As the motion for summary judgment filed by the employer has been denied, this pay discrimination claim is not headed towards trial. To be clear, the court has not ruled in favor of the employee in this case. Instead, it has determined that the employee has a reasonable claim and that the jury is entitled to hear the full case from both sides to determine whether or not pay discrimination on the basis of sex has occurred.

Get Help From a Gender & Sex Discrimination Lawyer in Florida

Employees should be evaluated on their personal skills, experience, and qualifications—not on tired stereotypes about their sex. Pay equality matters. If you or your family member was the victim of gender discrimination and/or sex discrimination in the workplace, contact an experienced Florida employment discrimination lawyer for immediate help with your case.