Close Menu
+
Connect with us
Florida Labor & Employment Lawyer > Blog > Discrimination > No Pretext for Illegal Discrimination: How Florida Businesses Can Protect Themselves Against Baseless Accusations

No Pretext for Illegal Discrimination: How Florida Businesses Can Protect Themselves Against Baseless Accusations 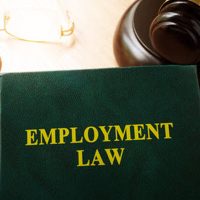 Florida employers need to carefully document key employment-related decisions, such as when and how to promote certain employees. It is far too easy to fall into a trap where a disgruntled employee turns around and files a lawsuit alleging illegal discrimination when they have been denied a promotion. Under federal law, an employer can defeat such a lawsuit if they can show there was a “legitimate, non-discriminatory reason” for its decision. The burden then shifts to the person alleging discrimination to show that reason was actually a “pretext” to justify illegal discrimination.

A recent unpublished decision from the U.S. 11th Circuit Court of Appeals, Sprowl v. Mercedes-Benz International, Inc., illustrates how an employee can successfully defend itself from a pretext claim. In this case, a Mercedes-Benz maintenance technician quit after he was denied a promotion. The former employee, who is Black, claimed he was the victim of racial discrimination.

In court, Mercedes-Benz explained that it had two reasons for declining to promote the former employee. First, he did not have “the leadership qualities necessary for the promotion.” Second, the candidates who were promoted were “the most qualified.” The former employee insisted that both reasons were merely pretext, but neither the trial court nor the 11th Circuit found this argument convincing and granted summary judgment to Mercedes-Benz.

The appeals court said this case boiled down to a “disagreement” over the former employee’s performance reviews. During these reviews, a supervisor wrote the employee in question “needs development” before he could be promoted. This was apparently a “legitimate belief,” which was enough to defeat the former employee’s pretext claim. But even if it was not a legitimate belief, Mercedes-Benz “presented unrefuted evidence” that the performance review was only “one of several factors considered in the promotion decision.”

Additionally, the 11th Circuit noted the former employee could not prove discrimination merely based on his subjective view that he was more qualified than the persons that Mercedes-Benz promoted. The law requires proof that there was such a “disparity” between his qualifications and those of the individuals promoted that “no reasonable person” could have made the same decision as Mercedes-Benz did. That was not the case here, the appeals court said, noting that the candidates promoted “were rated more highly in their performance reviews and peer evaluations.”

Is Your Business Properly Documenting Its Employee Policies and Promotions?

This case illustrates the importance of conducting written performance reviews and clearly documenting internal decision-making with regard to employee promotions. Having a paper trail makes it much easier to defend against baseless accusations of illegal discrimination. That is why every Florida business, regardless of its size or total number of employees, should have written policies in place, such as an employee handbook, that clearly details what is expected of workers–and how they will be evaluated for purposes of promotion and other employment-related benefits.

If your business needs advice in this area, please seek out a qualified Florida employment law attorney as soon as possible.

By Scott Law Team | Posted on September 16, 2020
« Can Employers Discipline “Abusive Conduct” Even When It Involves Employee Organizing? NLRB Reverses Course on Key Test for Assessing Workplace Speech
Can a Sales Truck Be a Regular “Place of Business”? Department of Labor Weighs-in On Application of Outside Sales Exemption to Mobile Workers »