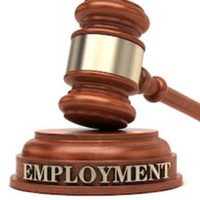 On August 9th, 2021, the Equal Employment Opportunity Commission (EEOC) announced that a settlement has been reached with a Tampa, FL-based Chipotle location. According to the press release, the Chipotle Services LLC will pay $70,000 to settle an employment retaliation lawsuit. A female manager was allegedly fired by the company after she reported sexual harassment. In this article, you will find an overview of the allegations and the settlement reached by the company.

Allegations: Female Employee Was Sexually Harassed, then Fired After Reporting

The Chipotle location in question is located within the Merchant Logo International Plaza and Bay Street mall in Tampa, Florida. The EEOC filed a lawsuit on behalf of a female service manager who was employed at the company. According to the allegations raised in the employment law complaint, the female employee at the fast-casual style restaurant was subject to escalating sexual harassment by co-workers, including:

As noted, the sexual harassment was reportedly getting worse over time. The EEOC alleges that the female employee who endured the sexual harassment made internal reports within the specific restaurant location at the Tampa mall several times. After the most serious offense, she reportedly informed that shift manager that she was going to notify corporate headquarters. Within three days, she was fired by the company.

The EEOC has now reached a settlement of the employment law claim. As a starting point, the female employee in question will receive $70,000 in financial compensation to account for her damages, including back pay. Beyond that, the specific Chipotle restaurant location has entered a two-year consent decree with the federal agency. Among other things, the consent decree calls for:

Title VII of the Civil Rights Act of 1964 applies to all businesses and organizations within fifteen or more employees. Under the statute, employers are strictly forbidden from taking adverse employment action against any worker because they reported discrimination and/or harassment.

When a company punishes an employee who reports sexual harassment or sex-based discrimination—such as by firing them—they are violating an employee’s legal rights. It is a clear and straightforward example of retaliation. A Florida employer can be held legally liable for retaliating against an employee.

Get Help From a Employment Retaliation Lawyer in Florida

As an employee, you should be able to report harassment without facing any punishment or mistreatment from your employer. Unfortunately, retaliation remains a serious problem in too many workplaces in Florida. If you or your family member was subject to retaliation after reporting harassment, an experienced Florida employment law can protect your rights.

By Scott Law Team | Posted on October 6, 2021
« Florida Employer Will Pay More Than Two Dozen Workers $41,000 In Back Wages For Overtime Violations
Florida’s State Minimum Wage Is Rising (September 30th, 2021): A Guide To Your Rights »