Florida Employer Will Pay More Than Two Dozen Workers $41,000 In Back Wages For Overtime Violations 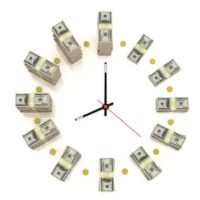 On August 17th, 2021, the Department of Labor (DOL) announced that two Florida health care centers with common ownership will pay more than $41,000 in back wages due to overtime violations. The two companies—441 Urgent Care LLC and Santos Primary Care Centers PLLC—shared staff members. However, their ownership did not combine hours worked cross-facility for the purposes of determining overtime wages. In this article, you will find a more detailed overview of the DOL’s findings and the requirements of the FLSA.

441 Urgent Care LLC and Santos Primary Care Centers PLLC are urgent care centers located in Central Florida. The two companies share common ownership and many of the same employees. It was a relatively common practice for workers to rotate between the two locations. The DOL alleges that the company’s owners always divided employee hours when calculating overtime wages.

Here is an example of the wage and hour practices used by the Central Florida company. Imagine that a non-overtime exempt employee earned $20 per hour. If that employee worked 35 hours at the 441 Urgent Care location and another 10 hours at the Santos Primary Care location, they would be paid straight-time wages for the entire ($20 per hour) for the entire 45 hours during that week.

In concluding its investigation, the DOL has determined that 27 employees were affected by the improper wage and hour practices of the Central Florida urgent care company. In total, the employer has been ordered to pay $41,000 in back wages to address the overtime pay violations.

The Fair Labor Standards Act (FLSA) is a federal law that protects the wage and hour rights of workers in Florida and throughout the United States. Under the FLSA, a non-overtime exempt employee who works in excess of 40 hours in a given workweek is entitled to time-and-a-half for those overtime hours. The FLSA requires all employers in Florida to keep accurate payroll records to ensure that overtime wages are properly calculated.

Notably, employers are not permitted to divide hours when employees work at multiple locations—even if they are technically working for “different” companies. When two businesses share the same ownership structure—as is the case with 441 Urgent and Santos Primary—then an employee’s hours worked across the two firms must be combined when calculating overtime pay. To do otherwise is a violation of the wage and hour requirements of the FLSA.

Get Help From a Wage and Hour Claims Lawyer in Florida

While Florida does not have its own overtime statute, the federal FLSA protects workers in Florida. Employers must pay employees the full and fair overtime wages that they rightfully earned. Overtime pay can make a real difference for hardworking people. If you or your family member was improperly denied overtime pay, an experienced Florida wage and hour lawyer will help you get the compensation you are owed.