Close Menu
+
Connect with us
Florida Labor & Employment Lawyer > Blog > Labor and Employment > Complaints in the Workplace: When Should an Employer Conduct a Workplace Investigation?

Complaints in the Workplace: When Should an Employer Conduct a Workplace Investigation? 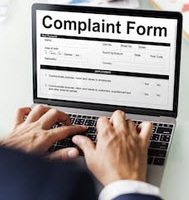 If you are an employer who has received a complaint from an employee, you likely have an obligation under the law to conduct a prompt and thorough investigation of claims of these claims as soon as possible. In this article, we use the term “employer” to mean Human Resources or senior management. For example, if a supervisor receives a complaint of harassment in the workplace, it is advisable for a company of any size to have a policy in place (and proper training for supervisors) to provide for how to handle the complaint – whether that is sending the information to Human Resources, the President, or a CEO.

In 1990, the EEOC issued guidance advising that “when an employer receives a complaint or otherwise learns of alleged sexual harassment in the workplace, the employer should investigate promptly and thoroughly.” Policy Guidance on Current Issues of Sexual Harassment (March 19, 1990)

But what if the employer has not received a complaint? Is there an obligation to conduct an investigation if no one has complained, but a supervisor or Human Resources has a suspicion there is wrongdoing in the workplace?

In general, an employer should conduct a workplace investigation when there is reason to believe that an employee is engaging in behavior in violation of the employer’s policies and/or the law. This could include actions that may not be against the law, but might be against the company’s policies (including handbook) – like absenteeism/tardiness. This can also include more serious issues like harassment, bullying, discrimination, retaliation, theft, or workplace violence.

By conducting an investigation, the aim is to properly address the allegations, resolve disputed issues of fact, and make findings. For an investigation, sometimes it is just the offending employee who needs to be interviewed, such as with issues of tardiness. Conversely, with issues of bullying or harassment, the investigation may need to be broader – including interviews of the potential victims, coworkers, and the accused themselves.

Are There Complaints That Do Not Need to Be Investigated?

These include personal disputes/disagreements. However, it is important to be cautious when making a determination as to what sort of complaint is a personal dispute and one that may be illegal harassment. This is where an experienced employment lawyer’s guidance is necessary.

Additionally, it is advisable that the employer not punish or retaliate against the complaining employees in almost any circumstance, regardless of the type of complaint, without discussing with an experienced employment law attorney. This is because certain complaints may not involve illegal activity (like harassment), but the act of the complaint may rise to the level of protected conduct – and punishing employees for that protected conduct can be in violation of federal law, like the National Labor Relations Act (NLRA). Specifically, the NLRA protects two or more employees who band together to discuss terms and conditions of the workplace. And even more complicated, protected activity may occur when it is just a single employee complaining on behalf of a group. For example, a single employee (or group of employees) who bring complaints about the office being too cold are not bringing a complaint for an illegal activity. However, this complaint would likely suffice as a complaint about a condition or term of work, and retaliation against the complaining employee (or employees) could be in violation of the National Labor Relations Act. Decisions about how to respond to a complaint and whether to investigate should be made on a case by case basis and with the guidance of an employment attorney.

Is There a Benefit to the Employer for Conducting an Investigation?

Workplace investigations may seem like a costly and time consuming endeavor, but the act of investigation can provide great benefits to the employer (as well as to the complaining employee). For instance, when it comes to allegations of harassment, an employers’ prompt action to correct and prevent the offending behavior may limit damages in a future lawsuit against the company, as well as possibly provide a defense to liability.

More importantly, and benefits to an employer aside, sometimes, an investigation is mandated by law. For example, federal courts provide that employers have an obligation to investigate allegations of discrimination, harassment, and retaliation in the workplace – when the employer knows or even when the employer should have known about the activities. Similarly, the Equal Employment Opportunities Commission (EEOC), the federal agency that investigates allegations of harassment, discrimination, and retaliation, requires that an employer investigates allegations of harassment, regardless as to how the complaint is made (orally, in writing, etc). Some states have similar rules under their own state laws.

Who Should Conduct the Investigation?

When choosing an investigator, companies may face the decision of an attorney or non-attorney investigators. Investigations are typically legal in nature and the benefit of having an experienced employment law attorney to investigate is that they know the laws, what issues to properly address and target, and the impact of findings. Conversely, a non-attorney investigator may lack the knowledge or skills necessary to fully explore thee complexities involved with employment law and to provide a full analysis of the legal issues involved with the outcome of the complaint.

Can An Employer Use Their Own Employment Attorneys or Counsel for the Investigation?

While it is possible for an employer to use their own counsel for investigations, there can also be unintended and negative consequences from going in that direction.

For instance, in California, the California Rules of Professional Conduct (“CRPC”) prohibit an attorney from acting as an advocate at a trial in which the attorney will be called as a witness. This could mean that the employer’s defense attorney could be disqualified from representing them in a litigated matter if they were to be called as a fact witness for testifying regarding the outcome of an investigation. In some circumstances, the neutral investigator may also work with both an employer’s upper management and General Corporate legal counsel/In House Counsel to coordinate any investigation or provide a 360-Analysis of potential risk.

Whether your needs are for a fact gatherer, to determine credibility determinations, or to recommend an appropriate response to the allegations, it is advisable to consider an investigative firm that can work with you to create a plan as to the most effective type of investigation to ensure the goal of the investigation is achieved. Be proactive. Expect the unexpected and be prepared.