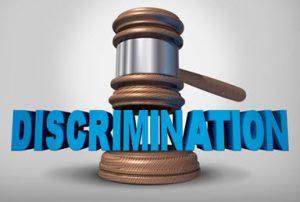 Marital Status Discrimination Does Not Extend to Your Spouse’s Identity

When does the protection against discrimination based on marital status apply, and in what kinds of cases might it not be applicable? In short, the law prohibits an employer from discrimination based solely on a person’s marital status. In other words, the Florida Civil Rights Act of 1992 protects you against discrimination on the basis of your current state of being married, divorced, separated, or single. When does this legal protection not apply? Briefly, the law does not prohibit discrimination on the basis of your spouse’s identity. What does this mean? Allow us to explore a recent case law addressing this issue.

In the case of Donato v. Am. Tel. & Tel. Co. (2000), the Florida Supreme Court clarified what the statute means when it says “marital status.” Specifically, the language in the Florida Civil Rights Act of 1992 “means the state of being married, single, divorced, widowed, or separated, and does not include the specific identity . . . of an individual’s spouse.” What, though, does “the specific identity . . . of an individual’s spouse” mean in layperson’s terms?

A Florida state appellate court in Industrial Affiliates, Ltd. v. Fish (2009) recently clarified the definition of “the specific identity . . . of an individual’s spouse.” In that case, the court emphasized that it would not be wrongful discrimination for the employer to target you because of the person you married. There, the court emphasized that the plaintiff, Ms. Fish, “was not discharged from her employment because she was in the class of married persons protected by the Florida Civil Rights Act of 1992.” Rather, the court clarified, the plaintiff was fired from her job “because she married Mr. Fish, one of three hands-on partners who operated her employer,” and thus, it was not her marital status that caused her termination, but rather the person she married. Moreover, in that case, Ms. Fish was replaced in her position (following her termination) by another married woman, which made clear that her sheer status of being married was not the reason for her termination, but rather because she married Mr. Fish. As such, Ms. Fish did not have a valid employment discrimination claim under Florida law.

Future Applicability of the Florida Civil Rights Act of 1992

What do these cases referenced above mean for current employees in the state of Florida? In short, if you are fired solely because you are married, single, divorced, widowed, or separated—without regard for the identity of your spouse—then you may have a valid employment discrimination claim. However, any termination connected to the identity of your spouse likely will not be considered discrimination under the current terms and interpretation of the Florida Civil Rights Act of 1992.

If you have questions about your rights as employee or concerns about workplace discrimination, an experienced South Florida employment discrimination lawyer can speak with you about your case. Contact Scott Law Team today.