Close Menu
+
Connect with us
Florida Labor & Employment Lawyer > Blog > Wage and Hour > DOL Is Reviving 80/20 Rule For Tipped Employees: What It Means

DOL Is Reviving 80/20 Rule For Tipped Employees: What It Means 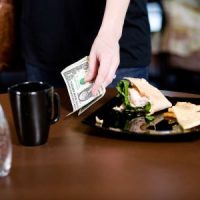 In June, the United States Department of Labor (DOL) published an official Notice of Proposed Rulemaking to the federal register. In doing so, the Biden Administration is reversing policy and reviving the so-called ‘80/20 rule’ for tipped employees. In this blog post, you will find an overview of the most important things to know about the DOL’s 80/20 rule for tipped employees.

The Fair Labor Standards Act (FLSA) is the primary federal law that protects the wage and hour rights of employees. Generally speaking, Florida follows the FLSA for minimum wage and overtime pay. Employers are permitted to pay “tipped employees” a lower direct wage—as long as the difference can be made up in tips.

What is the 80/20 Rule for Tipped Employees?

The 80/20 rule exists to address a common issue: Many tipped employees are actually working in “dual positions”—that is to say that they are tipped for some, but not all, of the job. As an example, a waiter working at a Florida restaurant who receives tips while serving tables may also be asked to do some light (non-tipped) prep work at the beginning and end of each shift.

The 80/20 Rule for Tipped Employees is Being Modified

Beyond reviving the rule, the DOL is also proposing a few modifications that would strengthen the wage and hour rights of tipped employees. The new regulations create three different categories:

Employers can only rely on the tip credit for all hours worked if an employee spends at least 80 percent of their time doing tip-producing work. Additionally, under the new rules, a tipped employee’s other work (20 percent or less) should be “directly supportive.” If a tipped worker is engaged in “unrelated activities”, they should be paid at least the full minimum wage for that time.

Consult With a Florida Wage and Hour Attorney for More Information

Tipped workers deserve full and fair pay for the hard work and contributions. An employee who has been improperly unpaid may be entitled to financial compensation for their damages. If you have questions or concerns about the DOL’s proposed 80/20 rule for tipped employees, contact a Florida wage and hour attorney for help.