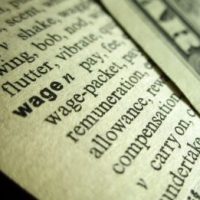 On June  27th, 2022, the Department of Labor (DOL) announced that it recovered $72,174 in financial compensation on behalf of 12 auto body shop employees in Hernando County, Florida. The workers were employed at a company called Magic Wheels Auto World Inc. All were denied proper overtime pay and three were misclassified as independent contractors. In this article, you will find a more detailed explanation of the DOL’s enforcement action and the rules for employee classification.

The DOL initiated an investigation into a Brooksville, FL-based auto body repair shop called Magic Wheels Auto World Inc. after learning of potential wage and hour violations. After a review of the company’s practices, regulators determined that all employees were paid a salary, regardless of the specific nature of their position. In violation of the Fair Labor Standards Act (FLSA), the employer did not properly record hours nor did it pay time-and-a-half for overtime.

Beyond the overtime violations, the DOL found an additional wage and hour violation. The federal agency determined that three of the twelve affected individuals were classified as independent contractors instead of employees. These three improperly classified independent contractors were also denied overtime pay. In total, the DOL recovered back wages and liquidated damages on behalf of the twelve auto body shop employees.

Employers have a legal responsibility to properly classify all of their workers. An employer cannot simply decide on their own who is classified as an “employee” and who is classified as an “independent contractor.” Instead, worker classifications depend on the actual duties and responsibilities of the individual in question. As explained by the Florida Department of Management Services, the state’s common law rules for worker classification use a set of 20 different factors to determine whether or not someone is an employee or independent contractor. The common law standard can be simplified as the factors fall into three categories:

Worker classification matters. Many employment law rights—including the right to get overtime pay—are tied to a worker’s status as an employee and not an independent contractor.

Get Help From an Employment Lawyer in Florida

Employers have a legal duty to comply with the overtime regulations of the Fair Labor Standards Act (FLSA). If you believe that you were improperly denied overtime pay under the FLSA, contact an experienced Florida wage and hour attorney for immediate help with your case.