DOL Recovers Nearly $50,000 In Back Wages On Behalf Of Florida Restaurant Workers 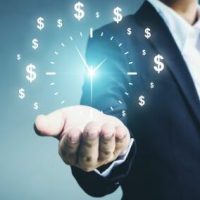 On February 4th, 2022, the United States Department of Labor (DOL) confirmed that $47,088 has been recovered in back wages for approximately 30 restaurant workers. The DOL determined that Mezcal Mexican Grill—a restaurant based in Miramar Beach, Florida—failed to pay bartenders and servers their proper overtime wages. Notably, a staffing company was also deemed jointly responsible for the wage and hour violation. In this article, you will find a more detailed overview of the allegations and an explanation of the overtime rights of tipped employees.

The Mezcal Mexican Grill is a restaurant located in Walton County, Florida. According to the DOL, the restaurant worked with ‘Good Stand’, a Florida-based staffing company to find many of its workers. After an investigation into the wage and hour practices of the restaurant, the DOL determined that they paid bartenders and servers straight-time wages—regardless of how many hours they worked in a given week.

In total, the DOL found that the restaurant unlawfully denied at least 30 different workers more than $47,000 in overtime wages. Additionally, the DOL determined that Mezcal Mexican Grill failed to keep proper records as required by the Fair Labor Standards Act (FLSA). One of the things that makes this enforcement action unique is that the DOL also determined that the restaurant and the staffing agency were joint employers—meaning they were both responsible for ensuring workers were paid properly for overtime.

Get Help From a Wage and Hour Rights Attorney in Florida

Unfortunately, wage and hour violations remain a problem in the workplace—particularly in the restaurant industry. If you or your loved one was denied the overtime pay that you earned putting in long hours, please do not hesitate to contact an experienced Florida wage and hour lawyer for help.