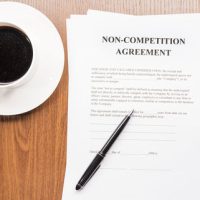 Florida law allows in certain circumstances non-compete agreements between employers and employees, provided they are “reasonable in time, area, and line of business,” and the employer can show it has a “legitimate business interest” in any such restrictions.

Earlier this year, the Florida legislature amended the law to prohibit a particular type of non-compete agreement in Fla. Stat. 542.336. As amended, the law now says that any “restricted covenant” between a healthcare employer and a licensed physician “is not supported by a legitimate business interest’ and therefore void if the following conditions exist:

According to the Herald-Tribune, this amendment was prompted by four oncologists who worked for a chain of cancer treatment centers based in Fort Myers, Florida. The four doctors were unable to seek work outside of the Centers due to a non-compete provisions in their respective contracts. The Herald-Tribune said the “politically savvy doctors [] hired a lobbyist to work the Legislature and successfully steered a measure including the limit on noncompetes unanimously through the House and Senate.”

In response, the Centers challenged the constitutionality of the new state law. Before Chief U.S. District Judge Mark E. Walker of Tallahassee, the company argued the ban on non-compete provisions “is special interest legislation that does not serve any legitimate public purpose.” But in an August 21, 2019, order, Judge Walker denied the Center’s motion for a preliminary injunction against the law. Courts only grant such injunctions when the party seeking it can show a “likelihood of success on the merits.” Here, the judge said the Center did not meet this burden of proof.

The thrust of the Center’s argument was that the U.S. Constitution forbids states from passing any law “impairing the obligation of contracts.” This is not, the judge explained, an “absolute bar to legislation that affects contracts.” The state can still “subordinate” the “expectations” of the contracting parties “to the needs of the public’s health, safety, and welfare.”

In this case, 21st Century Oncology, Inc. v. Moody, the Florida legislature said the ban on physician non-compete agreements was to “reduce healthcare costs and improve patients’ access to physicians.” Judge Walker agreed that “access to affordable healthcare is a legitimate state interest.” The ban on non-competes was designed to prevent the consolidation of specialists in a given county, which is a legitimate means of furthering that state interest. The fact that a “lobbyist may have spoken” for the four the Center oncologists in this case does not invalidate the public’s interest. Indeed, there were lobbyists who spoke against the legislation as well. And even if the Center disagrees with the legislature’s policy choices, the Contracts Clause “does not require the State to choose the best solution, or even a particularly good one.”

Have Questions About Your Own Non-Compete Agreements?

By Scott Law Team | Posted on October 3, 2019
« Is Complying with the FMLA Enough? What Florida Employers Need to Know About the Americans with Disabilities Act and Unpaid Leave for Employees
“When Do You Plan on Having Another Baby?”: Sarasota Employer’s Pregnancy Discrimination Leads to $70,000 Settlement »