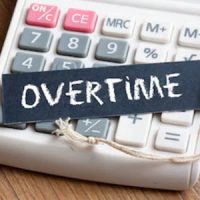 Under the federal Fair Labor Standards Act (FLSA), non exempt employees are entitled to time-and-a-half pay (1.5x normal rate of pay) for all hours worked beyond 40 in a given week. Employers that fail to pay timely overtime wages can be held liable. An employee may be entitled to recover compensation for the wages they were denied and, potentially, for liquidated or double damages.

What are Liquidated Damages Under the FLSA?

Through a wage and hour claim, an employee can recover compensation for the overtime pay that they were improperly or unlawfully denied. In other words, you can recover back pay for the full amount of overtime that you should have been paid had your company or organization complied with its obligations under the law.

Liquidated damages are an additional legal remedy beyond actual back pay. A legal term of art, liquidated damages are essentially a form of pre-designated damages. Under the FLSA, this remedy allows courts to award double back pay in an unpaid wage claim, including for an employer’s failure to pay overtime wages.

As an example, imagine that a Florida business improperly denied an employee $2,000 in overtime pay over the course of several weeks. Through an FLSA claim, that worker could seek compensation for the full $2,000 they were owed. Further, they could seek an additional $2,000 in liquidated damages.

Failure to Pay Overtime: Liquidated Damages are Not Guaranteed Under the FLSA

One of the most important things employees need to know about the FLSA’s liquidated damages remedy is that it is not guaranteed in every case. Even though under federal law (29 U.S. Code § 260) are mandatory, an employer can seek avoid them.

As stated under the law, courts will generally not award affected employees double back pay as a legal remedy if the employer can demonstrate that it acted in “good faith” or otherwise had “reasonable grounds for believing” that it was in adherence to the law.

When bringing an unpaid overtime wage and hour claim, it is imperative that affected workers build a strong, well-supported legal case. To maximize their financial recovery, they need to show both that they improperly denied overtime wages and that their employer knew or should have known better.

Unpaid overtime claims are notoriously complex. An employee may be entitled to liquidated damages if their right to receive overtime wages was violated under the FLSA. If you have any questions about liquidated damages, please do not hesitate to contact an experienced Florida wage and hour lawyer for help.

By Scott Law Team | Posted on February 17, 2021
« Florida Employment Law: What is a Constructive Discharge?
Religious Accommodations in the Workplace: An Overview of Employee Rights »