Close Menu
+
Connect with us
Florida Labor & Employment Lawyer > Blog > Employment Law > What Rights Do Independent Contractors Have In Florida?

What Rights Do Independent Contractors Have In Florida? 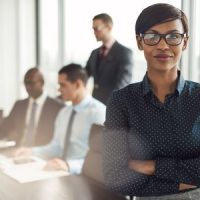 As their name suggests, your rights as an independent contractor in Florida are derived primarily from contract law—not from employment law. In other words, your relationship with the company that you are working for is not considered to be an employment relationship, at least not officially for the purposes of the law. Instead, it is considered to be a commercial relationship governed by the principles of voluntary contract law. This is true whether or not you have a formal written contract in place. You can still work as an independent contractor in Florida even without a formal contract. In fact, a significant portion of gig workers in Florida lack a written agreement.

Florida uses the ‘right of control’ test to determine if a person should be classified as an employee or an independent contractor. The key factor that courts will consider is the extent that an employer has the right to control when/how an individual does a job. The greater control exercised by a company, the more likely someone is to be an employee. The less control over how work gets done, the more likely it is that an individual is properly classified as an independent contractor.

Get Help From an Employment Law Attorney in Florida