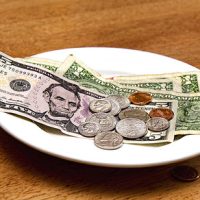 Many Florida workers, notably those in the restaurant and hospitality industries, rely on tips as a critical part of their income. Indeed, federal and state minimum wage laws allow employers to credit an employee’s tips towards their own obligations. In Florida, for instance, the regular minimum wage is $8.25 per hour as of 2018. But an employer may credit up to $3.02 per hour in tips, meaning it only has to pay a cash wage to the employee of $5.23 per hour. However, the tip credit does not affect an employer’s obligation to pay overtime wages, where applicable.

Late last year, the Trump administration proposed new regulations that would have allowed employers to keep the tips of any employee who was paid the full-cash minimum wage. The employer would then have been allowed to share or “pool” those tips with other employees, including workers who traditionally do not receive gratuities. Supporters of the administration’s proposal argued the current system creates a state of “inequality” between front- and back-of-the-house personnel in restaurants, as the former are usually tipped while the latter are not. The proposal created a public backlash. The bill that was ultimately signed was introduced as a compromise.

In March 2018, Trump signed HR 1625 the Consolidated Appropriations Act. Buried in the fine print of a massive federal spending bill adopted at the end of March 2018 is a reinforcement of tip pooling regulations under Fair Labor Standards Act (FLSA), the basic law that governs the federal minimum wage. Under this amendment, an employer “may not keep tips received by its employees for any purposes, including managers or supervisors to keep any portion of employees’ tips, regardless of whether or not the employer takes a tip credit.”

In plain English, tips belong to employees, not employers. However, the wording of the amendment opens the door for tip pooling in workplaces where the employer pays all employees the full minimum wage in case, i.e. without applying the tip credit. In these cases, tip pooling is permissible, but managers and supervisors cannot participate in them. The FLSA would still consider this an impermissible form of wage theft.

After the signing of the bill, the DOL introduced a field bulletin as guidance as to what the new law changes. In the DOL field bulletin, the Department clarifies that the FLSA amendment nullifies the 2011 regulations prohibiting tip sharing with non-tipped employees even in situations when an employer did not take a tip credit (29 C.F.R.§§ 531.52, 531.54 and 531.59).

Tip pooling is already practiced in many Florida restaurants. Employees who are wrongfully deprived of their tips may be able to bring legal action against their employer and recover damages. And the U.S. Department of Labor may fine an employer up to $1,100 for each instance where they find there has been a violation of the law.

If you have any questions or concerns about how the new law works, or how it may interact with state minimum wage requirements, you should speak with an experienced Florida wage and hour attorney.